The Open: Northern Ireland is an UNMISSABLE destination for golf... 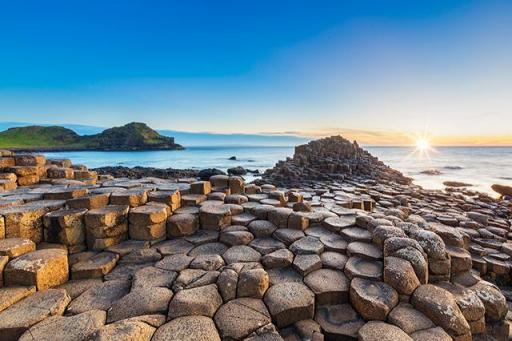 If you're looking for a place with stunning views, incredible golf courses, great food, pleasant people and an all-round fantastic time, then look no further than Northern Ireland.

I was recently invited to Northern Ireland to experience all it had to offer, in the run up to the 148th Open Championship at Royal Portrush. I had never been to Northern Ireland before, so I was very excited to explore a country with such a rich history, both in golf and society.

I spent three days in Northern Ireland, experiencing different golf courses and lifestyle attractions, as well as meeting so many friendly faces and seeing some spectacular views. This is a country that no golf fan should miss.

Northern Ireland is the least populated of the four countries in the UK, but with its sensational coastlines, it's the home of some very special golf courses. The Open Championship returns to Royal Portrush this year for the first time since 1951 and it's set up to be an absolute thriller of a major. Royal Portrush has everything you could ask for in a links course; giant dunes, beautiful coastal views and bouncy fairways. It has two courses, Dunluce - where the Open will be played - and Valley. This was one of the best courses I have ever played and I can't wait to return to play there again. Check out our course review of Royal Portrush here.

Just a few miles down the road from Royal Portrush is Portstewart Golf Club, another fantastic links course, making the town of Portrush an absolute gem within Northern Ireland.

Some other famous links courses you may have heard of are Royal County Down, Castlerock and Ardglass, but as special as these courses are, Northern Ireland is also the home to some incredible parkland courses too, such as Lough Erne (designed by Sir Nick Faldo), Malone, Royal Belfast and Belvoir Park.

I played two parkland courses during my stay in Northern Ireland. The first being Dunmurry Golf Club, one that I hadn't heard of before and to be honest I don't think many of you will have either. But to say this course surprised me would be a colossal understatement. This beautiful parkland course was in immaculate condition and the way they cut their fairways into the rough was something I had never seen before. A stunning clubhouse with very polite and friendly staff and delicious food.

Another parkland course I played is one you may have heard of, Galgorm Castle, where it will host the ISPS Handa World Invitational, a Tour event for both men and women for equal prize money. This was the last round of golf I played during my visit and it was the perfect relaxed feel within a calming setting that made this course so pleasurable, not to mention the fantastic condition of the course and challenging holes.

Northern Ireland truly is a world-class golf destination and one that golf lovers cannot miss.

As well as the stunning golf courses, Northern Ireland has plenty of attractions to see during your visit.

As a huge GoT fan, the Game of Thrones Touring Exhibition was something I was very excited to see. Located in TEC Belfast, the exhibition is a must see if you're a fan of the show. Filled with breathtaking images and enthralling artifacts from the hit series, the exhibition drops you into the Seven Kingdoms where you can take a closer look at the costumes, authentic props and set decorations (and you can even sit on the Iron Throne).

There are also lots of locations around Northern Ireland where scenes from Game of Thrones were filmed and you can book a tour to be taken around to see them all.

The Titatic Belfast is a few minutes walk from the GoT Exhibition and is another stunning attraction. The museum opened in 2012 and cost over £100m to build. The attraction is a monument to Belfast's maritime heritage on the site of the former Harland & Wolff shipyard in the city's Titanic Quarter where the RMS Titanic was built. It features nine different exhibitions covering Belfast's shipyard boom, the construction of the ship and its untimely demise. The Titanic Museum is one of Northern Ireland's most impressive buildings.

There is something truly magical about Northern Ireland and it is simply an incredible destination for golf lovers. From a golf perspective you are spoilt for choice, from some of the most spectacular links courses, to incredible parkland courses, you won't be disappointed.

I have never been to a country where all the people seem so polite and kind, a real break away from the norms of society. Every hotel I stayed at was fantastic, with brilliant local food, beers and wines.

Take in the scenic coastal views and fresh air, because there is no place like Northern Ireland.

Click here to learn more about golf in Northern Ireland.