The Open to return to Royal Troon in 2023 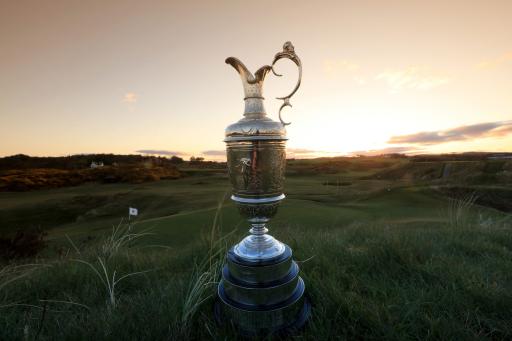 The Open will return to Royal Troon for its 152nd edition in 2023, according to the R&A.

The tournament was last held at the links course in South Ayrshire in 2016, when Henrik Stenson pipped Phil Mickelson to the Claret Jug.

It will be the 10th time Royal Troon has hosted the major, and exactly 100 years on from the first time, back in 1923 when England’s Arthur Havers was crowned champion.

R&A "optimistic" for 30,000 spectators each day at The Open
Delight for golf fans as The Open expects "significant number" of spectators

"We're looking forward to celebrating another milestone in the cherished history of The Open when we mark the 100th anniversary of the Championship first being played at Royal Troon," said R&A Chief Executive Martin Slumbers.

Scotland's public health minister Joe FitzPatrick said the 2016 edition was worth "£110m of benefits" for the country.

R&A "optimistic" for 30,000 spectators each day at The Open
Delight for golf fans as The Open expects "significant number" of spectators

"The Open is important to Scotland economically, culturally and reputationally, and Royal Troon is one of our finest and most prestigious courses," said Fitzpatrick.

Arthur Havers defeated Walter Hagen by one stroke when The Open was first staged at Royal Troon in 1923.

"We are delighted to welcome the return of the world's oldest major championship to Royal Troon and regard this as confirmation of the wonderful condition to which our historic links are maintained," said Royal Troon's captain Des Bancewicz.

"The 152nd Open will also provide an excellent opportunity to celebrate 100 years of the Championship's history at Royal Troon which commenced with Arthur Havers' victory in 1923."

Previous
Nike Air Jordan 5 Low Golf Fire Red shoe is out on Friday
Next
Patrick Reed goes on Twitter block raid, including us...