With the 2019 Open Championship less than two weeks away, Brooks Koepka had another poor performance on the PGA Tour in the 3M Open. 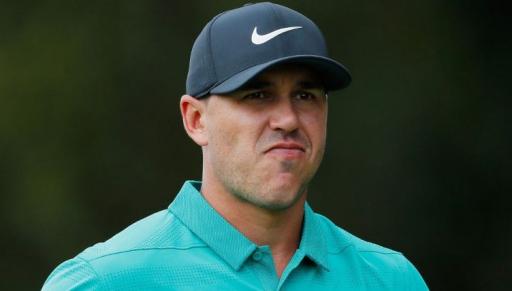 Brooks Koepka has proved to be a major monster in recent years, winning four of his last nine major starts. Koepka has won back-to-back US Open and PGA Championship titles, but fails to find his form in PGA Tour events.

Koepka has six wins on the PGA Tour, four of which are majors. The 29-year-old American currently sits at the top of the Official World Golf Ranking and is one of the favourites to win the Open Championship at Royal Portrush in less than two weeks time.

The course was playing very kind and Koepka will be disappointed with his finish of six under par, leaving him in 65th place. In fact, this season, excluding major championship, Koepka has just three top 10's in 12 tournaments, which for a player of his calibre and for the world No.1 is far from impressive.

But Koepka is a different animal when it comes to majors. He's even said himself that he doesn't really care about tournaments unless it's a major, so could Koepka be winning a lot more if he was more bothered about the PGA Tour? Should we take last week's form into consideration for the Open Championship? Or was it just another event that Koepka didn't really care about?

Koepka wasn't the only star who made a mess of the 3M Open. Jason Day finished the tournament in T66, one shot worse than Koepka, and Phil Mickelson failed to make the cut for the weekend.

The Open is arguably the most desired major in golf and Koepka, Day and Mickelson will all fancy their chances at Royal Portrush, but they'll all need a serious improvement on last week if they're to be in with a chance.