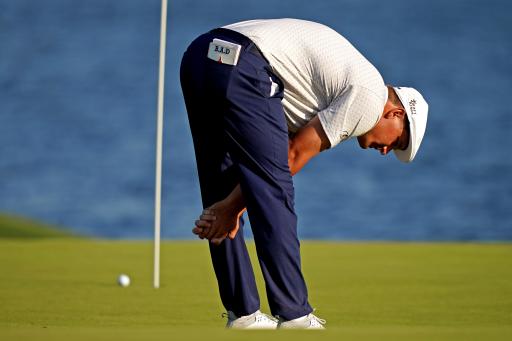 Bryson DeChambeau suffered a shock defeat at the hands of recent European Tour winner Antoine Rozner on the opening day of the WGC Match Play.

Rozner, competing in his first ever WGC Match Play at Austin Country Club, took an early lead against DeChambeau and never looked back en route to a 2up victory, highlighted by this superb up-and-down birdie at the 18th.

An impressive way to make his PGA TOUR debut.

The 28-year-old Frenchman qualified for the tournament following two victories on the European Tour in the space of three months, the most recent being two weeks ago at the Qatar Masters, which vaulted him up to World No.64.

Rozner sealed the victory over DeChambeau when burying an eight-footer for birdie at the 18th hole to move to the top of Group 5.

Tommy Fleetwood and Si Woo Kim tied in the other match in the group.

DeChambeau will now likely need to defeat both Fleetwood and Kim in order to progress to the knockout stages over the weekend.

Rozner's victory over DeChambeau was not the only shock of day one with Rory McIlroy getting thrashed by match-play specialist Ian Poulter 6&5.

The Northern Irishman, who won the WGC Match Play in 2015, will now need to defeat Cameron Smith and Lanto Griffin to hold any chance of progressing to the knockout stages.