Golf now on hold for two months on the PGA Tour

US PGA Championship also gets postponed due to the spread of coronavirus. 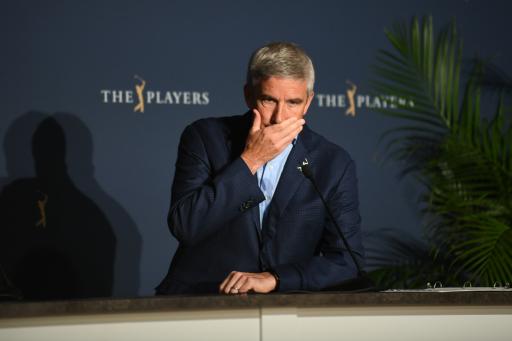 Golf will be on hold on the PGA Tour for the next two months following the announcement of four more cancelled events, along with the news that the US PGA Championship will be postponed for the summer.

The PGA of America has confirmed the US PGA Championship at TPC Harding Park, which was set to be played from May 14 to 17, will be rescheduled for a time when golfers, tournament officials and golf fans are safe to be out on a golf course again.

"This is a reflection of a thoughtful process," said PGA CEO Seth Waugh. "We are and have been working in concert with commissioner Jay Monahan and our partners and friends at the PGA Tour to find an alternative date that works for all. We are very hopeful for a great outcome."

That news was then followed by the PGA Tour calling off the RBC Heritage, the Zurich Classic of New Orleans, the Wells Fargo Championship, and the Byron Nelson Championship.

That means golf on the PGA Tour will now be on hold until the earliest date of May 17.

"As we receive more clarity in the coming weeks, the Tour will be working with our tournament organizations and title sponsors, in collaboration with golf’s governing bodies, to build a PGA Tour schedule for 2020 that ensures the health and safety for all associated with our sport and a meaningful conclusion to the season," said the PGA Tour in a statement on Tuesday.

"We will provide further updates when those plans come into focus."

Other events to be erased from the PGA Tour schedule include last week's Players Championship, the Valspar Championship that was due to be staged this week, next week's WGC-Match Play and then the Texas Open.

Augusta National also announced last week that The Masters - the year's first major that was last season won by Tiger Woods - will be pushed back to a later date this year, although record 18-time major champion Jack Nicklaus does not believe it will even happen.

NEXT PAGE: NICKLAUS DOES NOT BELIEVE THE MASTERS WILL TAKE PLACE IN 2020

Previous
PGA EuroPro Tour cancels its entire season due to coronavirus
Next
Keep golf open amidst COVID-19 and SIGN THIS PETITION...