Garrigus back in action on the PGA Tour after being banned for his marijuana use... 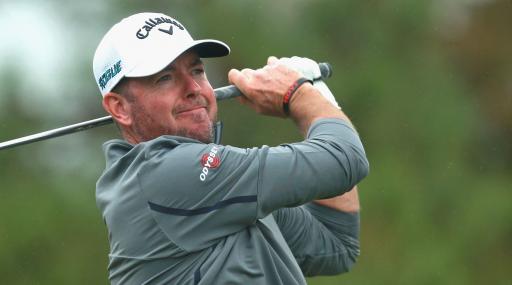 Robert Garrigus returns to the 3M Open on the PGA Tour this week following a three-month ban stemming from his use of marijuana - but the American says he wants marijuana removed from the PGA Tour's list of banned substances.

Garrigus, 41, did not appeal his ban and instead elected to play a couple of events on the lower-tier Korn Ferry Tour last month in a bid to get the competitive juices flowing ahead of his return to the main circuit.

But while Garrigus has since accepted his suspension from the PGA Tour, the one-time winner has come out this week and made it very clear the PGA Tour needs to quickly re-evaluate its drug policy.

RELATED: GARRIGUS BANNED BY PGA TOUR FOR MARIJUANA USE

"I wasn't trying to degrade the PGA Tour in any way, my fellow professionals in any way - I don't cheat the game," said Garrigus, who makes his first start on the PGA Tour since missing the cut in February.

"I understand HGH (Human Growth Hormone), anything you are trying to do to cheat the game you should be suspended for 100%. Everything else should be a discussion."

Garrigus explained he was taking prescribed marijuana to help treat knee and back pain, and he also assured the PGA Tour that he had been monitoring his THC levels to make sure he remained within the Tour's guidelines.

No longer using medical marijuana, Garrigus says he is working with the PGA Tour to get marijuana removed from the list of banned substances.

In the eyes of the American - who owns a marijuana farm in Washington - marijuana "does not help get the ball in the hole."

"If you have some sort of pain and CBD or THC may help that, and you feel like it can help you and be prescribed by a doctor, then what are we doing?" he said.

"If you are doing marijuana then we should be testing for alcohol, too. If you can buy it in a store, then why are we testing for it? That's my opinion."