Rory McIlroy will return to the Valero Texas Open for the first time since 2013. 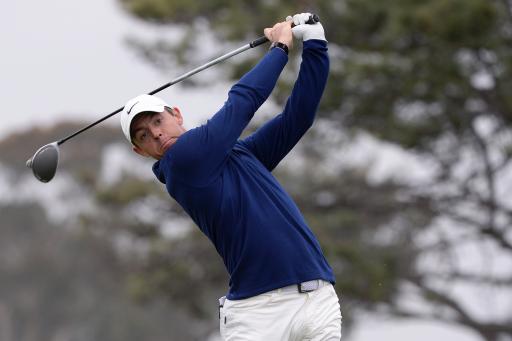 Rory McIlroy has made a surprise addition to his PGA Tour schedule this year, by committing to the Valero Texas Open at TPC San Antonio in April, a tournament he hasn't played in since 2013.

McIlroy will surpass Brooks Koepka as World No.1 this week, even though both he and Koepka are not in action at the AT&T Pro Am.

McIlroy recently committed to the Arnold Palmer Invitational and he will also defend his title at The Players Championship, meaning if he also commits to a few WGC events along the way, McIlroy will play seven out of nine weeks ending with the Masters.

With four majors under his belt, McIlroy is still searching for his first green jacket, with the Masters being the only major he needs to complete a career Grand Slam.

Seven years ago when McIlroy last made an appearance at the Valero Open, he was a late edition to the field and went on to finish in second place, before finishing in T25 at the Masters.

For the second year running, the Masters will be played the week after the Valero Open, so McIlroy will be looking to find some form before heading off to Augusta in search of a win.

Corey Conners won his maiden PGA Tour event at last year's Valero Texas Open, after he qualified just days before the start of the tournament and this year he will return to defend his title.

NEXT PAGE: Phil Mickelson says he will turn down a special exemption for the 2020 US Open