GolfMagic tests and reviews one of the latest game-improvement irons of 2020, the Callaway Big Bertha B21. 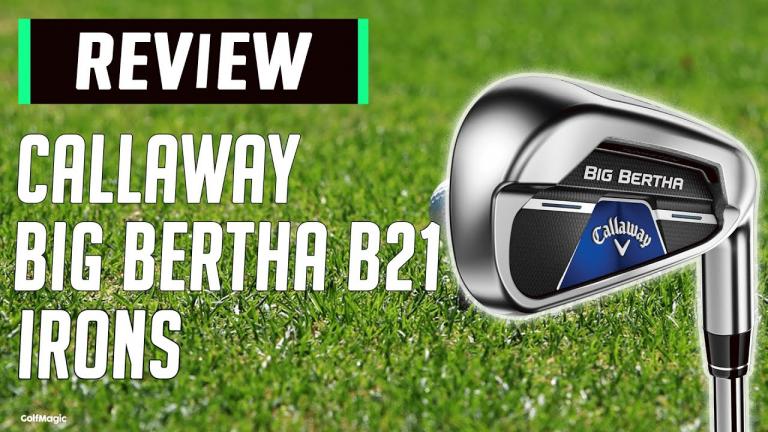 Callaway launched its new Big Bertha B21 lineup just a few months ago and the range has already gone down very well with amateur golfers, thanks to the extremely forgiving family of drivers, fairway woods, hybrids and irons. We've already put the driver to the test and now we want to see if the new Big Bertha B21's could be the best game-improvement irons of the year.

GolfMagic's equipment guru Alex Lodge took the Big Bertha B21 irons down to Gray's Golf to see just how forgiving and long these irons are.

WATCH OUR REVIEW OF THE CALLAWAY BIG BERTHA B21 IRONS BELOW:

Designed with Big Bertha shaping to deliver a new formula for distance and forgiveness. This is the first time that an A.I. designed Flash Face Cup is in a Big Bertha Iron.

The unique Flash Face architecture in each iron creates high ball speeds and increased spin robustness for every club in the set.

If you're a high-handicap golfer who really struggles to get decent strikes out of your irons, then the Callaway Big Bertha B21 irons are a dream.

The 'anti-slice' feature is often one you can't help but question when a brand shouts about it, but in these irons it was extremely clear to see this technology working, as Alex didn't hit a single slice.

The distance these irons were producing was crazy, with Alex hitting a 6-iron around 230 yards, but with that being said, the Big Bertha B21's are seriously strong lofted, with the 6-iron coming in at 25 degrees.

So if you're a player who is struggling with a big slice with your irons and you want a set of clubs that are going to help combat this issue, the Callaway Big Bertha B21 irons offer an extremely forgiving, anti-slice club at a very affordable price, as there are plenty of deals out there right now that will see you pick up these irons far cheaper than the RRP.