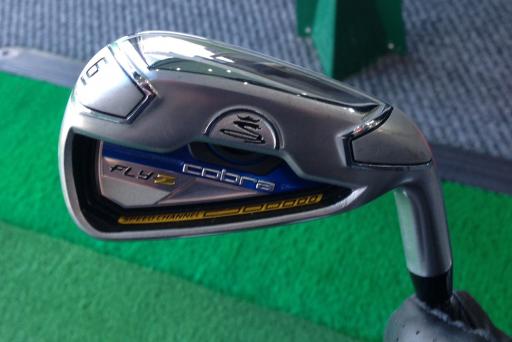 Testers noticed a relatively thin topline at address. Two testers thought it was too busy in the cavity. Compact look about the toe appealed to the majority, as too the minimal offset. There were no glare issues to speak of. The Speed Channel design on the sole split opinion. Tester's comment: "Love the chrome plated finish."

Testers found the new thermoplastic urethane dampened vibrations on shots struck out the heel and toe. Centre strikes did not feel as soft as some of the others in the test, however, and the standard shaft did not suit everyone. All testers favoured the comfortable Lamkin grip. Tester's comment: "Nice sounding iron on all types of strike."

The BEST clothing deals from Scottsdale Golf to start your year!
FootJoy launch their latest line ahead of the new golf season: FUEL

Not as long as we were expecting but decent levels of forgiveness. The iron also proved easy to work both ways, particularly a draw, but how important workability is for a game improver is questionable. Tester's comment: "Not as easy to get airborne as the Fly-Z XL."

Solid accuracy and forgiveness for the majority of testers, though not as long as some game-improvement irons. Might lack muscle behind the ball for higher handicap players, so probably better suited in the hands of someone on the cusp of single figures. Compact looks appealing.