Druh buckles up for 2014 Ryder Cup 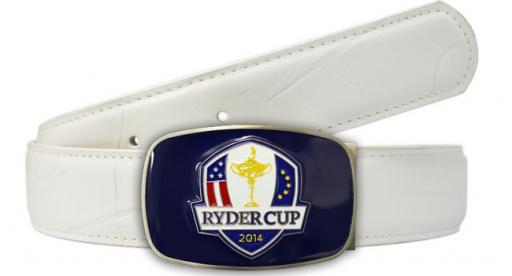 Druh Belts & Buckles, the 2014 Ryder Cup Official Licensee of belts and buckles, has confirmed its Ryder Cup commemorative belts are now available on its website.

Druh, as worn by 2014 European Ryder Cup captain Paul McGinley and Englishman Lee Westwood, has produced a range of handmade belts for the 40th staging of the matches featuring a choice of two buckles that can be teamed with a strap in either black or white in premium leather in an embossed crocodile effect.

Both buckle styles will combine with a Players’ Collection strap, a one-size fits-all strap that uses a clamp buckle and will be priced at £53.

Click through the images below for a closer look at the 2014 Ryder Cup Druh belts.