I Did NOT Expect This! Cobra Forged Tec ONE LENGTH Review 2022

The Cobra Forged Tec One Length irons have flown under the radar in 2022, but they offer superb game improvement services and increased distance. 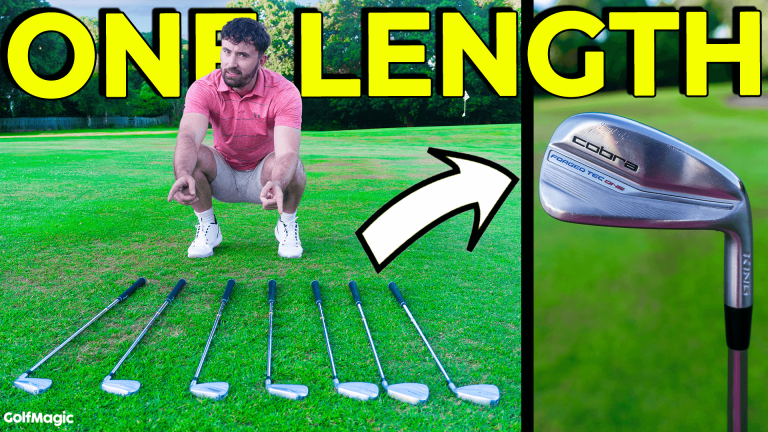 - The Cobra Forged Tec One Length irons have been vastly improved in weight and lie angle to increase distance and feel.
- £999.00 may be too expensive for some golfers.
Our score:
Overall:
5
PRICE: £999.00 YEAR: from 2022

Cobra was originally founded in 1973 by Thomas L. Crow. Since then Cobra has pushed technology limits and performance standards to become one of the top equipment brands.

You could argue some of their products still go under the radar. The Cobra Forged Tec One Length irons (£999.00) are one of the best iron sets in the game.

These hollow-body player's irons are now in their fourth edition and they are an extremely successful lineup. Some significant changes have been made in 2022 to make them even better.

The Cobra Forged Tec X irons are a new addition in 2022 and they are focused on game improvement with stronger lofts. The Forged Tec clubs have a slimmer top line with reduced offset.

Cobra has made big moves this year with lighter and softer foam inside the clubhead, made of 1025 carbon steel which assists the feel of the club. Cobra has a five-step forging process which helps to create a precise shape.

The Forged Tec range contains different models which cater to many different golfers. This set is certainly a direct competitor to the TaylorMade P790.

These are One Length clubs as used by Bryson DeChambeau. Cobra has made large strides and Alex has been testing them out for a few weeks. They all have the standard length and weight of a 7-iron.

Cobra has listened to feedback and improved the lie angles and weighting. There is a lot to get used to with these clubs, Cobra has improved the control but you will need to be custom fitted for them.

Alex enjoyed hitting the shorter clubs from pitching wedge to 8-iron and he found them easier to control compared to the longer irons.

The Forged Tec irons delivered increased distance for Alex's shots in our review above. Alex found that his launch with the longer irons was lower than with other brands.