Gorgeous, easy to work and offering an unbeatable feel, the VR Forged Pro Combo irons are top of the class. 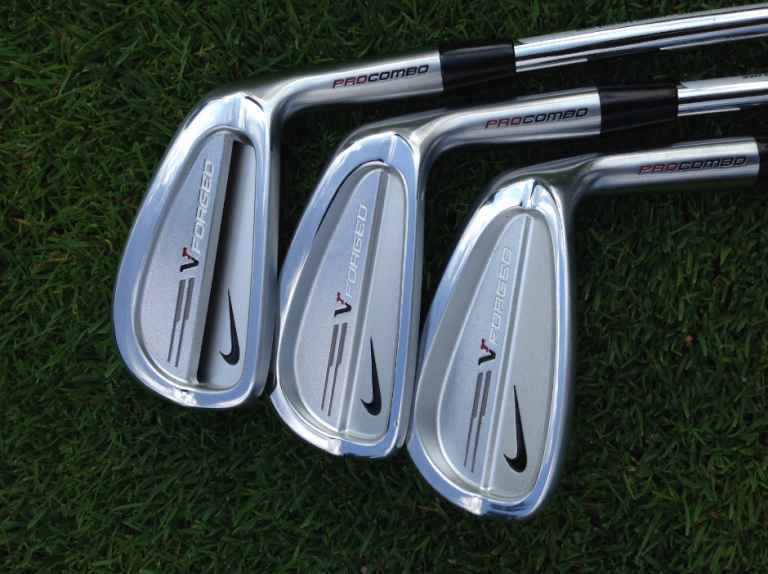 THE sun was shining, the birds were singing, I was three shots under my handicap at the turn but I was still troubled – ‘how can I get the message across that these clubs are extraordinary without sounding like a PR,’ I was asking myself?

The Nike VR Forged Pro Combo set provides blades from 7-PW while 3-6 iron encompass a shot making gel and a small cavity back to increase forgiveness.

When I saw the clubs on Nike’s website I could see that they were attractive but in the flesh they are even more impressive. Sleek, minimalist and traditional – in the appearance stakes these are hard to beat.

A thin top line means they are gorgeous to look down on and they frame the ball superbly. With the long irons you can glimpse a small amount of cavity which should be a shot in the arm for your confidence while the short irons have the appearance of a traditional blade.

While there is a very old school look going on – traditional head shape, black grip, chrome finish – they in no way look outdated. Like a tailored Saville Row suit, these understated irons have tipped their cap to history but still kept on trend.

I have dipped in and out of using blades for a number of years. I want the shot making capability of blades but when you slightly mishit a 5 iron and it bobbles 150 yards down the fairway, I always feel like I am missing a trick. In that sense, the VR Forged Pro Combo irons have filled a gap in the market which players should be making the most of.

The feel on offer is outstanding. It's buttery-soft, but with no loss of control, and the short irons provide consistent yardages with the club getting through the turf with ease. They have a penetrating ball flight and I was able to put heaps of spin on the ball thanks to the X3X grooves which have been so popular in Nike’s wedges.

The workability on offer with the short irons is staggering. Whether I wanted to control the ball flight or work it right or left, I was able to do so with confidence. Of course,  there is not much forgiveness on offer but if you are not able to hit short irons out of the middle on a consistent basis, a game improvement iron would be more your kettle of fish anyhow.

Moving into the longer irons I was wary that Nike would have over-egged it and incorporated too much forgiveness but I was pleasantly surprised. It definitely launches higher and offers more forgiveness than a traditional blade, but this is not to the detriment of feel or workability.

In terms of distance, I hit my 4 iron around five yards less than a traditional muscleback, but I found that I was hitting that distance much more consistently thanks to increased forgiveness. We all know that consistency is the key to playing well, so I was more than pleased with that.

These clubs tick all the boxes. I tried hard to find a chink in the armour but there was nothing to be found. My biggest issue with them? It's a bit of a mouthful to say their name...

For low handicappers who want a bit of help with their longer irons, look no further. Gorgeous, easy to work and offering an unbeatable feel, the VR Forged Pro Combo irons are top of the class.