Not the best looking putter and a little hot off the face for my liking. While I wasn't enamoured with the performance, i was holing a lot of putts which was promising. 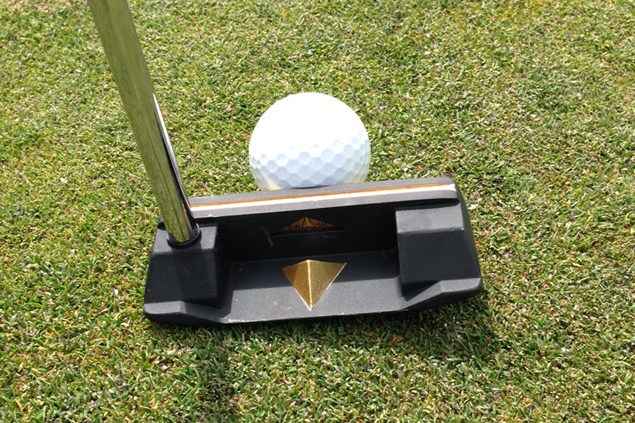 Swash by Lynx comprises a collection of four models, all featuring brand new alignment designs and ball roll technology developed by the short-game guru, Harold Swash, known affectionately around the world as ‘The Putting Doctor’. All the putters feature the new Pyramid Groove Design (PGD) – a unique trapezoid shape milled into the gold coloured aluminium face insert where a central section of horizontal grooves is met by two sets of side grooves running at 60-degree angles. With three years in design and testing, the revolutionary pattern combats the ‘gear effect’ on off-centre strikes – where impact towards the toe of the putter causes putts to finish short right and impact towards the heel causes putts to finish short left.

This putter is a bit of an eyesore to look down on. I don't like the gold and black colour scheme and it looks too chunky when sat behind the ball. The gold line running down the top of the putter also puts me off and the grip isn't to my taste.

For me, it's a little too hot off the face. I lost control of the ball and found it hard to judge the distance from 15-feet and up. Sound off the face was relatively muted and not much feedback.

While i enjoyed a consistent roll off the face, i wasn't blown over by its performance. I struggled to line this putter up from close in and struggled to obtain the correct pace and line from 15-feet.

Not the best looking putter and a little hot off the face for my liking. While I wasn't enamoured with the performance, i was holing a lot of putts which was promising.