Why The TaylorMade P7MC Irons Are Our Favourite of 2022... 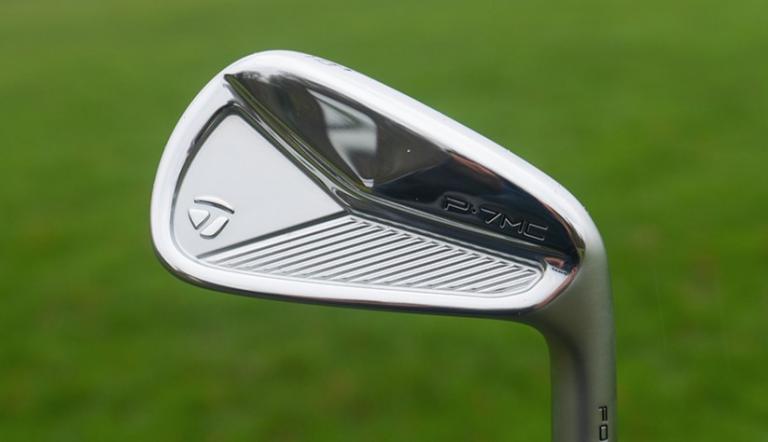 - One of the best feels of any iron in the game - Offer good workability for low-handicapped players, as well as a touch of forgiveness - The look has been enhanced from the last P7MC model
- Improvements could be seen as small and not significant enough to invest in an upgrade - These irons don't help to hit the ball further
Our score:
Overall:
5
PRICE: £165.00 YEAR: from 2022

The TaylorMade P7MCs are fantastic forged irons that deliver incredible feel and good workability which suit the players who can find the middle of the club face on a regular basis.

The new P7MCs of 2022 have been released at the same time as the P770s and the P7MBs, joining the older P790 irons to complete the family.

The P7MCs are tour-inspired irons that suit better players. We were delighted with the consistency and level of performance when we tested them at Gatwick Golf Studio.

With conventional lofts, these irons aren't focused on game improvement or explosive distances but deliver great feel when finding the middle of the club face.

GolfMagic Equipment Editor Alex Lodge took a deep dive into these new irons which you can see in our video review below.

What are the TaylorMade P7MCs all about?

The P7MCs (£165 per iron, available to pre-order from 6/12/22, retail beginning 20/01/23) were constructed with perimeter weighting and classic shaping which is meant to deliver ultimate control. The narrow sole and tight leading edge aim to ensure consistent turf interaction.

TaylorMade's Compact Grain Forging created a satin finish and a forged "Metal-T" within the cavity back. The face of the iron is machined and this process is meant to secure precision and quality.

Compact Grain Forging uses 2,000 tons of pressure which is more than double the industry standard. This additional force allowed TaylorMade engineers to increase precision and the best feel and strength possible.

The P7MCs definitely suit golfers with low handicaps. We would recommend these irons for golfers with single-figure handicaps and those confident with their ball-striking.

As with every iron set, it is important to be custom fitted for your new clubs and there is no exception with the new P7MCs. They will test your ability to find the middle of the club face.

In this way, these irons are similar to the new P770s which also suit players with low handicaps. The P7MCs of 2022 are some of the most impressive irons we have tested this year.

We were very impressed with the feel of the P7MCs which have improved from the previous iteration. As you can tell by the video review above, Alex enjoyed good ball-striking and this was because of the smooth feel.

The 8-iron and 6-iron looked good and felt good, but if we are honest, the 4-iron was rather intimidating to look at down at address. The long irons will feel harder to strike out of the middle, but this doesn't take away from how impressive these irons are.

While testing the 8-iron and the 6-iron at Gatwick Golf Studio, we were pleased with the dispersion of our shots. The distance wasn't explosive, but these clubs are for the better players who want workability and consistent ball-striking.

The head is thin, but there is still a degree of offset which adds a touch more forgiveness. This gives you the confidence to hit a draw or a fade when you want, adding to the workability feature.

With the 8-iron, we achieved an average yardage of 165 yards and a ball speed of 113 mph. The ball speed progressively increased with the 6-iron and then to the 4-iron.

We were pleased with the average spin rate of the 4-iron which came to 4296 rpm. We also averaged 213 yards with this club and a 200-yard carry.

As you can see by Alex's performance in the video, these irons deliver consistent performance and accuracy as they are suited to his level of ability and to his swing.

The P7MCs are extremely impressive. As you can see from our video review above, the smoothness of connection from the middle of the club face is very satisfying.

They are workable irons which we would recommend to better players. We would also recommend these irons as an upgrade if you still possess the old P7MCs.

It is clear that the Compact Grain Forging has helped to produce an iron which feels great from the middle of the club face. Feel is certainly a buzzword with these irons and feature that excels.

Although they don't deliver an increase in distance, the workability will impress better players who are confident with shaping the ball.