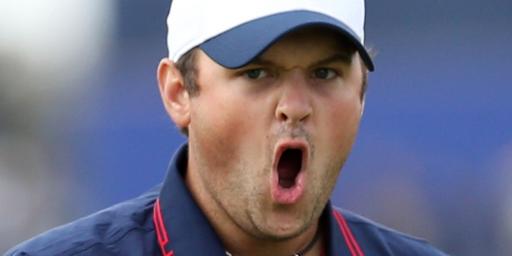 Patrick Reed chalked up his first top-five finish on the PGA Tour in more than 12 months at the Rocket Mortgage Classic.

Reed last finished inside the top five at a tournament on the PGA Tour when finishing fourth at the 2018 US Open at Shinnecock Hills, coming two months after having won his first major title at The Masters.

The American may have finished eight strokes behind runaway winner Nate Lashley in Detroit, but his 17-under par total was a move in the right direction for the six-time PGA Tour winner.

“Finishing top 10, especially going into next week and with The Open coming up, it was a positive week - I did a lot of things well,” said Reed.

“A day like today, where I felt like nothing was really going well, to be able to get a round under par and salvage a round was nice.”

Reed will make his fourth start in as many weeks at this week's 3M Open as he bids to lock up enough points to make Tiger Woods' United States Presidents Cup team this December.

The World No.25 currently ranks 20th in the list, meaning he will need a number of big performances to play his way into the team unless he receives one of Woods' picks - which given his fallout from the 2018 Ryder Cup could mean he is somewhat in danger.

“It’s always on my mind,” said Reed of making the US Presidents Cup team. “If I continue doing what I’m doing, especially these next couple weeks, then hopefully it all takes care of itself.”