10 things you need to know about 2020 US PGA venue, TPC Harding Park

Harding Park has certainly been through the ups and the downs over the years. We take a closer look at the venue for this week's first major of 2020... 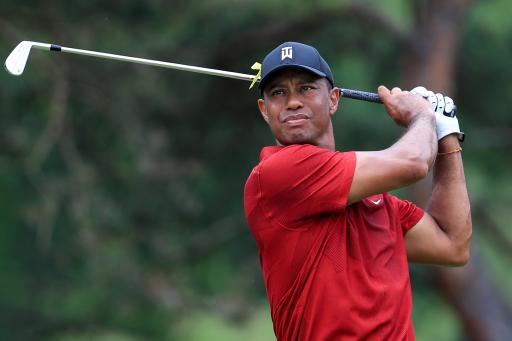 The world's best golfers align at TPC Harding Park in California for this week's US PGA Championship, which incredibly marks the first major of the season.

TPC Harding Park might not be a regular stop on the PGA Tour these days, but it certainly was during the 1960s.

But after suffering something of a decline for around 30 years, the course made a full recovery in the early 2000s and has gone on to host some huge tournaments over the past 20 years, including the 2005 WGC-American Express Championship won by Tiger Woods, the 2009 Presidents Cup won by the United States (obviously), and the 2015 WGC-Match Play Championship won by Rory McIlroy.

But it's fair to say the biggest event Harding Park has ever hosted comes this week with its first ever major championship test. With that in mind, let's take a look at 10 things you need to know about the course...

That yardage might seem pretty beastly for us amateurs, but the world's best golfers such as Justin Thomas, Brooks Koepka, Rory McIlroy, Jon Rahm and Bryson DeChambeau certainly won't mind the 7,200-yard examination paper in the race for the famous Wanamaker Trophy this week. This public golf course is a par-70 and has just two par-5 holes coming at the 4th (607 yards) and the 10th (562 yards). Of the four par-3 holes, the 8th is likely going to prove the toughest at a whopping 251 yards.

The course first opened for play 95 years ago on July 18, 1925. Course designers Willie Watson and Sam Whiting, who also designed the nearby Olympic Club's Lake Course, drew up a design for a course at Harding Park for a price tag of $300. That equates to roughly $4,500 today.

#3 - IT'S NAMED AFTER A FORMER US PRESIDENT

The course is named after President Warren G Harding, who was an avid golfer. He died in office while visiting San Francisco two years before the course opened for play. Harding was the 29th President of the United States from 1921 until his death in 1923.

While the course was put on the map when hosting the US Amateur Public Links Championship in 1937 and again in 1956, along with its first professional event at the 1944 Victory Open (won by Byron Nelson), Harding Park rose to fame in the 1960s when becoming a regular stop on the PGA Tour, producing a number of big-name winners in the process including Gary Player. Ken Venturi and Billy Casper.

#5 - HARDING PARK BOUNCED BACK FROM A DECLINE

Harding Park suffered a major setback after hosting the San Francisco Open Invitational in 1969 as the PGA Tour decided to cut ties with the course, reportedly due to deteriorating conditions and antiquated facilities. The conditions of the course got so bad in fact that the venue was used as a parking lot for the 1998 US Open at Olympic Club. But after a number of setbacks on the way, the course was eventually revived in the early 2000s thanks to the great work of Sandy Tatum and Sean Elsbernd, who convinced those around them that the venue would be a significant revenue producer for the city by attracting the PGA Tour back into town, and they also helped to address funding concerns. As a result of their good work, the course was renovated in 2002.

Following a deal that lasted through the spring of 2010, Harding Park is now operated by the PGA Tour's Golf Course Properties arm for no management fee.

Harding Park hosted its first PGA Tour event since 1969 with the 2005 WGC-American Express Championship. The tournament proved a success and it ended up with Tiger Woods defeating John Daly in a sudden-death playoff, with the Wild Thing missing a short par putt at the third extra hole to hand the title to the 15-time major champion. The course then went on to host the 2009 Presidents Cup, won by the United States by a commanding five-point margin, before hosting three Charles Schwab Cup Championships from 2010 to 2013. It then also played host to the WGC-Match Play Championship, which saw Rory McIlroy defeat Gary Woodland 4&2 in the final.

The world's best will certainly want to find the fairways this week because there are plenty of giant trees to gobble up errant shots, while also being an interference on approach shots into the green. TPC Harding Park features a number of eucalyptus and towering Monterey Cypress trees. The fairways are particularly narrow and the greens are fairly raised, making this a true test of golf. As typical for a US PGA, the rough will be up too.

While many of the world's best today have barely had a chance to get their teeth stuck into Harding Park, one thing is for certain and that is Tiger Woods loves playing here. He finished tied on 10-under par with John Daly at the WGC event here in 2005 before defeating him in a playoff, and he then went 5-0-0 when the Presidents Cup was played here in 2009. Woods did not play here when the WGC-Match Play was in town back in 2015.

TPC Harding Park is set to host the Presidents Cup in 2026. This biennial event between the United States and the Internationals was due to be staged in 2025, but it has been pushed back a year due to the current coronavirus pandemic, with Quail Hollow next hosting the event in 2022.