The 2018 Ryder Cup venue will be remembered as one of the event's best ever layouts. 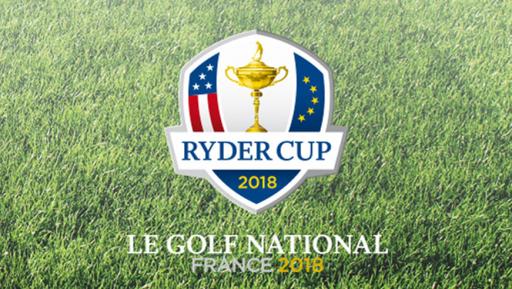 The Ryder Cup travels to the fringes of France’s capital city in 2018, to a course that is tailor made for the event.

- Seamless city centre to city centre travel, with stations located in the heart of our destinations
- Fast and convenient check-in – passengers are requested to arrive only 30 minutes before departure (or 10 minutes if travelling Business Premier)
- No queues or baggage reclaim upon arrival – simply take your bag with you on board
- Comfort and space on board to work or unwind

Once in Paris - a city requiring no added plaudits from me - travelling to the course will take under an hour, with boosted public transport options being rolled out for the marquee event.

Host of the French Open since 1991 and venue for the 2018 Ryder Cup, this layout is dripping with pedigree.

Opened for play in 1990, Le Golf National is a melting pot, a jambalaya of a golf course.

There are undertones of links golf, with overtones of target golf - and all the time feeling modern. It’s an inland course with heaps - and I mean heaps - of water. It has a peaceful, arable atmosphere, while being in Paris.  A course of contrasts.

The opening stretch will be one of the best we have ever enjoyed in the Ryder Cup, offering the usual fevered crowd behind the first tee box a real reason to shout.

The opening tee shot requires positional play from the tee - just an iron is needed. However, with nerves jangling and palms moistening, this is easier said than done, as water cuts into the fairway off the left, while rough awaits in angst on the right.  Players are then faced with a wedge shot that will almost be all over water to the green. Being a pro does not make you immune to such dangers - as my battle-hardened Tour golfer playing partner attested to.

After this stumbling block, the par-three second is a long hole with water completely covering the front and left side of the putting surface, which is long but relatively thin.

Many amateurs will have taken two trips to the drink before heading to the third - and some pros may be too!

The round somewhat settles down once you’re out of the gates, with some more playable holes

Fairways are often sloping and meandering, forcing players to plot their way around off the tee. While iron may be the club of choice for some on the tee box, it will often leave mammoth approaches into greens.

The putting surfaces are excellent, and the greens are on the large size. Subtle gradients - and some not so subtle - leave testing putts, especially if you leave yourself a decent distance from the pin.

Sand and water are the primary protectors of the flag, so if you miss the green and find grass, up and down is not too difficult on the whole.

Bunkers are also forensically placed around greens and fairways, and there are some large ones out there.

One respite for players is the rough, which is not too punishing - by UK standards, that is.

The finish is outstanding - if we were to close our eyes and dream of the perfect four hole closing stretch, it would go something like this.

The 15th requires the golfer to find a green almost surrounded by water, after finding a fairway from the tee which hugs a lake to the right.

A look at the 16th green

The par three 16th is a dramatically descending hole, with water to the front and right side of the green. Club selection is key, as the green slopes towards the water, so players won’t want to be chipping towards a front pin placement.

The 17th is a fairly innocuous uphill par four, before players tackle the 18th masterpiece.

Looking down the 18th hole

Water runs down the entirety of the left hand side of the hole, with bunkers protecting the right.

The island green, which has a bail out area to the left, looks small from the fairway, and will look miniscule if matches are still alive in the Ryder Cup.

It’s a stretch that will test the mettle of the most battle hardened Tour pro, amd will also reward - or punish - in ample measure players’ performance.

A monumental stage for matchplay golf. Staggering opening holes are matched by an exhilarating closing stretch of risk and reward holes.

Event he most steay pro will struggle on this layout, requiring good driving, laser like iron play and a resolute short game.

If play in the 2018 Ryder Cup comes anywhere near to the quality of this world class course, we’re in for a thrilling ride.

Head to the Le Golf National website for more information.