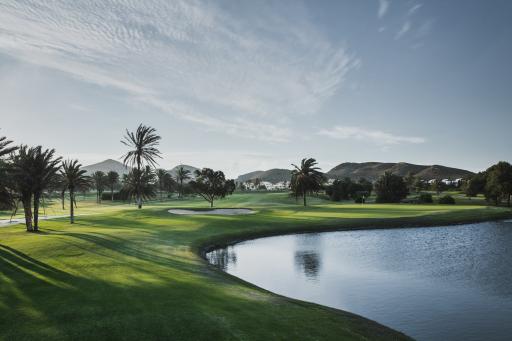 La Manga Club has enhanced its position as a global leader for sports travel destinations after being named as Europe’s Leading Sports Resort at the World Travel Awards for the third year in a row.

The iconic Spanish resort was unveiled as the recipient of the top accolade when the European winners of the 2020 World Travel Awards – the Oscars of the travel industry – were announced this week.

Nick Montgomery, general manager of La Manga Club, said: “To win an award of this nature three years running is a fantastic achievement and will give everyone at the resort a welcome lift in these difficult times.

“With the scope and variety of sports that we offer to professional and amateur teams and guests young and old, La Manga Club is truly a sporting paradise and we look forward to continue offering our guests the ultimate sporting experience when things return to normal.”

Taking place for the 27th time, the annual awards are globally recognised as the most prestigious honours programme in global travel and tourism, with votes being cast by travel industry professionals and the public to reward the world’s top travel, tourism and hospitality brands.

Graham Cooke, founder of the World Travel Awards, said: “Our winners represent the very best of Europe’s travel and tourism sector and my congratulations to each of them. They have all demonstrated remarkable resilience in a year of unprecedented challenges.

“The World Travel Awards 2020 programme received a record number of votes cast by the public. This shows that the appetite for travel and tourism has never been stronger and bodes well for the industry’s future as the global recovery begins.”

Situated in Murcia, south-east Spain, La Manga Club has been at the forefront of European sports and leisure destinations for more than 45 years, with extensive facilities including eight FIFA-spec sports pitches, three 18-hole golf courses, a 28-court tennis centre, a cricket performance centre, a choice of four and five-star accommodation and more than 15 bars and restaurants.