EXCLUSIVE! One lucky GolfMagic reader to win a hospitality package prize for the BMW PGA Championship at Wentworth... 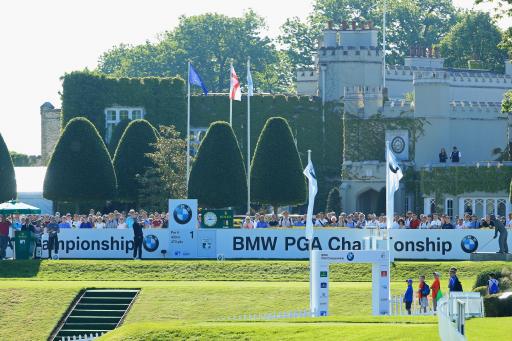 GolfMagic has teamed up with our friends at Hilton to offer one lucky reader a Hospitality Package at the BMW PGA Championship at Wentworth in September for two people.

> One night stay for winner and guest (standard twin or double room) at the DoubleTree Hilton Woking check-in 21st September.

> Transport to and from the event (from DoubleTree Hilton Woking hotel.

> Free food and drinks within the Hospitality Venue at Wentworth.

> Sign up to Hilton Honors (completely free of charge).

Molinari recently confirmed that he will be playing in the tournament again this year, looking to defend his title. Molinari's Ryder Cup partner and close friend, Tommy Fleetwood, has also announced that he will be making an appearance at Wentworth later this year.

Last September, Molinari and Fleetwood were an integral part of Team Europe as they stormed to victory over Team USA, with 'Moliwood' winning all four of their matches.

The BMW PGA Championship in September, is the first counting event for 2020 Ryder Cup qualification, so the pair will be doing all they can to get off to the perfect start to secure a place in Padraig Harrington's European Team for Whistling Straits.

“It’s always a great week playing in front of the British fans at Wentworth,” said Fleetwood. “The BMW PGA Championship is one of our most prestigious events and with the date change this year, I think the course will be in even better condition and we should have one of the strongest fields we’ve had in recent memory.

“It’s already a massive week being part of the Rolex Series and now it is the first event in the 2020 Ryder Cup qualification campaign, that adds another dimension. Having been part of the team last year, I would love to get off a good start and obviously winning a huge event in England would be the perfect way to do that.”

Former World No.1 Justin Rose will also be taking part in this year's BMW PGA Championship, with plenty more big names to be announced over the coming weeks.