Tournament will open up college golf opportunities in USA - just as it did for Tiger Woods. 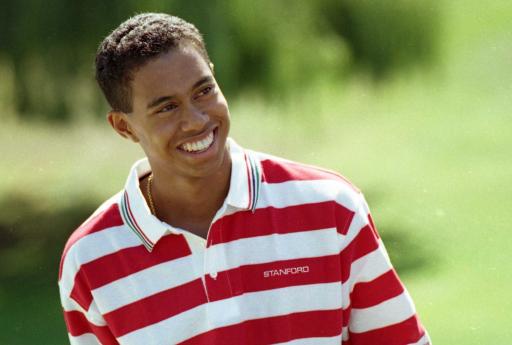 The Greg Norman-designed track marked its fifth year at the pinnacle of the golf pyramid in Vietnam in 2019.

But the club, and adjacent five-star hotel The Grand Ho Tram Strip, remain as forward-focused as ever, as the announcement of the tie-up with the JGTA – a key feeder for the US college golf system and, in turn, the American Junior Golf Association (AJGA) -- proves.

Taking place between December 17-20, the event will open a window for the best juniors from Vietnam and elsewhere in Asia to pursue college golf opportunities in the USA – a route that served as a springboard to riches for the likes of AJGA alumni Woods, Speith and other PGA Tour stars such as Bubba Watson, Davis Love III and Phil Mickelson.

Over the course of three days, competitors will pit their wits against the course and each other as they vie for ranking points on the JGTA Order of Merit. At the end of the JGTA season, which comes to a close in June of 2020 at the JGTA Championship Invitational at Sheshan International Golf Club in China, the top-60 players on the ranking list are awarded AJGA PBE (performance-based entry) status.

The ultimate aim for members of the field will be to collect enough points over the duration of the JGTA season to qualify for the JGTA Junior All-Asia Team, which names the top-10 ranked boys and top-10 ranked girls on the order of merit, designating them as the region’s elite college prospects and attracting recruiting attention from college golf coaches from across the USA.

“Our mission is nothing less than to develop junior golfers into successful collegiate athletes and future champions of the game,” said Phil Tozer, JGTA Managing Director. “Since our inception in 2017, over 30 JGTA juniors have earned golf scholarships and membership has grown to over 300 junior golf families from more than 15 countries.”

The announcement of the forthcoming JGTA ranking tournament at The Bluffs is another major filip for a course that is used to hosting some of golf’s most sparkling talent in a competitive context having staged the Ho Tram Open in 2015, an Asian Tour event won by Spaniard Sergio Garcia.

While the youngsters competing in December will, naturally, be rawer than Garcia & Co, the tournament promises to be equally significant in terms of building local interest in the game and supporting the development of junior golf in Asia.

“We are absolutely delighted to be bringing a JGTA event to The Bluffs,” said Garry Dixon, General Manager. “The college golf system in the US is rightly seen as a hothouse for some of the biggest names in the game and the JGTA can provide a convenient fast-track to that route for promising golfers in Asia. It’s a great innovation and it is exciting for both us and the Grand to be welcoming these guys to Ho Tram in December.”