Once popular Irish golf club CLOSES DOWN as £1.3 million debt is sold

Yet another golf club forced to close its doors with immediate effect... 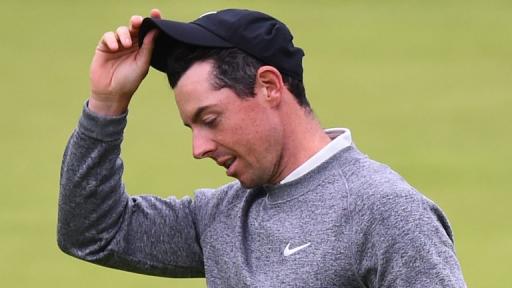 There are just about two things you can pretty much guarantee every week in the world of golf right now. A controversial golf ruling or disqualification on Tour, and a golf course closing down.

Last month we brought you news that a growing list of UK golf clubs were shutting their doors with immediate effect, and the story appears no different in November with yet another top-end course going under in the shape of once popular Dunmurry Springs Golf Club in Ireland.

The course in County Kildare closed for good yesterday after its £1.3 million debt was sold by a bank to a vulture fund.

According to a report in the Irish Independent, "AIB is understood to have complete a loan book sale of non-performing exposures (NPEs) which is believed to include several high profile club, including at least three in the Leinster area."

Dunmurry Springs was proving all the rage with Irish golfers when it opened for members in late 2005, before its official launch in May 2006, but fast forward 14 years and it has been forced to close.

Owner Simon Holohan sent a statement to the club's members to confirm the news:

It is with enormous sadness that I have to announce that Dunmurry Springs Golf Club is closing with immediate effect.

Despite our best efforts, consistent and tireless work to maintain and sustain Dunmurry Springs, the last 12-24 months have been particularly difficult and we have now been given no option but to close. Unfortunately our loan and credit facilities were sold last week by AIB to one of the vulture funds. Without a banking facility we are unable to continue to employ staff and maintain the course.

I would like to thank our staff who have gone above and beyond to keep Dunmurry Springs going over the years. We will meet all our commitments to our staff and we will ensure they are given their full entitlement at what is a very difficult time for them.

I would also like to say thank you to all our loyal members who have stuck with us over the years and particularly to those members who have worked hard in recent months to help turn things around.

At this stage the future of the course is unknown however it is likely to be sold in 2020 and may re-open under new management, for the moment it will remain playable for a few days but not maintained.

NEXT PAGE: NINE GOLF CLUBS SHUT DOWN IN THE UNITED KINGDOM