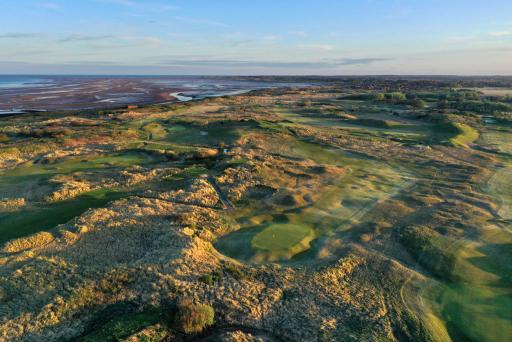 Four of the finest golf courses in Great Britain and Ireland have been confirmed as new venues to stage Final Qualifying for The Open.

Johnnie Cole-Hamilton, Executive Director – Championships at The R&A, said, “We have selected four renowned venues to host Final Qualifying from 2023 and each of them has an outstanding reputation for having held championships and international matches.

“We look forward to working with them to stage a series of exciting events in which golfers will compete for a sought-after place in The Open. We have enjoyed working with Fairmont St Andrews, Hollinwell, Prince’s and St Annes Old Links to organise Final Qualifying events at these venues in recent years and I would like to thank them for their support.”

Burnham & Berrow will become a Final Qualifying venue for the first time in the club’s history in 2023. It has staged several prestigious amateur championships including the Women’s Amateur Championship, the R&A Boys’ Amateur Championship and the Jacques Leglise Trophy.

The R&A Boys’ Amateur Championship was played there in 2014, while qualifying for the Senior Open presented by Rolex and a DP World Tour Qualifying School have also taken place there. The Trust Golf Women's Scottish Open will be played at the Ayrshire links this year.

Royal Cinque Ports first staged The Open in 1909 when JH Taylor won the Championship for a fourth time before George Duncan lifted the Claret Jug at the Kent links in 1920. It has previously been a venue for Final Qualifying, as well as staging The Amateur Championship on three occasions in 1923, 1982 and 2013. It hosted the R&A Boys’ Amateur Championship last year, won by Jack Bigham.

West Lancashire has a renowned reputation for staging professional and amateur championships and celebrates its 150th anniversary in 2023. It hosted the Women’s Amateur Championship in 2020 and also co-staged The Amateur Championship with Formby in 2009. In 2014, it was the venue for the Junior Open and has also been a regular venue for Final Qualifying.

Final Qualifying is contested by a combined field of 288 players, including those who have been successful in Regional Qualifying events, with a minimum of 12 places in The Open available.

The Open Championship
Greg Norman reacts to Open snub after penning letter to R&A
PGA Tour
Collin Morikawa on SGL: "Do I care who's going to be making money? No"
The Open Championship
Greg Norman confirms he wants to play 150th Open at St Andrews
Golf news
Paige Spiranac on seeing one of "whiney" Jordan Spieth's worst shots ever
PGA Tour
Kuch on Erik van Rooyen: "He's got nice ankles, I see those every week!"