Goldman Sachs to purchase The Belfry for £140 MILLION! 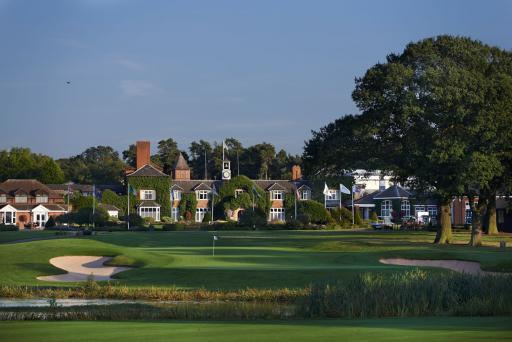 Four-time Ryder Cup venue The Belfry is set to be owned by Wall Street investment bank Goldman Sachs in a deal in the region of £140 million, according to Sky News.

The report claims a property fund run by Goldman has ousted giant bond fund manager Pimco to the race for the famous golf venue in Sutton Coldfield, Warwickshire.

One of the greatest Ryder Cup shots by Christy O'Connor Jnr at The Belfry in 1989. #ISPSHandaUKChampionship pic.twitter.com/r9l2hpxOwJ

A purchase price in the region of £140 million is believed to have been agreed, but Goldman Sachs has refused to comment any further.

According to Sky News, "the sale will bring long-running efforts by the Belfry's current owner, KSL Capital Partners, to offload the 550-acre site, which it bought in 2012.

"Savills, the real estate advisory firm, has been working for KSL on the mandate for several months.

"KSL conducted an auction of the asset in 2017 but opted against a sale."

The Belfry has hosted four Ryder Cup matches in the past - 1985, 1989, 1993 and 2002 - and it has also hosted a number of tournaments on the European Tour, most recently the Betfred British Masters earlier this year won by Richard Bland.

The Belfry features three golf courses, including The Brabazon, which is the main tournament course, and the PGA National and The Derby.

The origins of The Belfry's main building date all the way back to the 13th century, when it served as a manor of the Knights Templar.