A taste of Irish cream

Three-club pass gets you on Waterford Castle, Faithlegg and Mount Juliet 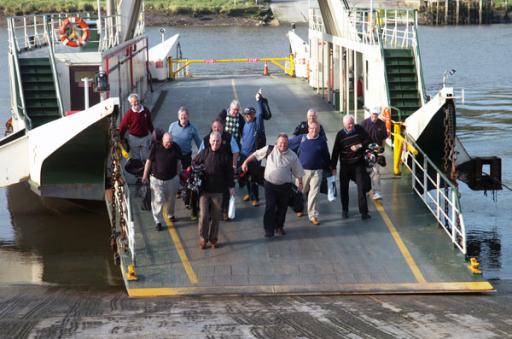 In these budget-conscious times, three of Ireland's most-loved clubs have combined to offer a great value package. Waterford Castle, Faithlegg and the iconic Mount Juliet have pitched their Three Club Golf Pass - which allows one round on each of the three championship courses - at just 123 Euros (about £113 at current rates).

There is a weekend rate supplement, which may differ at each club, but the pass offers significant savings if you're planning a trip to the country which has spawned golfing legends including the Christy O'Connors, Joe Carr, Padraig Harrington and Paul McGinley.

Waterford Castle is a unique island golf course surrounded by the River Suir and to reach it demands attracting the attention of the ferryman.

Flash your car headlights or merely whistle and the chain driven ferry will bring you the 150 yards across the water to this golfing oasis where many of Ireland's best known golfing celebrities, including Sir Terry Wogan, have been regular visitors.

The course was the creation in 1992 of Seniors Tour legend Des Smyth, the former Ryder Cup player who still holds the record as the oldest player to win on the European Tour (aged 48).

The 18-hole, par 72 course, meanders through mature woodland and parkland and features water hazards on the second, third, fourth and 16th holes.

The short second (Drake's Pond) demands a tee shot over the lake while driving at the third through a narrow gap will test your nerve even though the hole is only 372 yards. Named Des's Favourite, the 16th is played from an elevated tee to a flag stick at just under 190 yards and the river close by. Not for the faint-hearted.

Faithlegg opened in May 1993 designed by Irishman Patrick Merrigan within a 200-acre estate on the banks of the River Suir just four miles from Waterford.

It's an excellent parkland course that has staged two Irish Women's Opens and three EuroPro tour events where ccuracy and a sure putting stroke are more essential on the fast, contoured greens - trademark of its creator.

There's a gentle opening for holes - you could even drive the first if you have a long draw in your locker, but holes five to eight will provide a stern test along with the finishing stretch which bring you back to the 18th in the shadow of the impressive Faithlegg House Hotel.

Completing the package is Mount Juliet a course designed by Jack Nicklaus to host successive Irish Opens and unveiled in 1991. Tiger Woods, Ernie Els, Phil Mickelson, Sergio Garcia, Padraig Harrington and Darren Clarke have all played here from the tips of the 7,100 tees and found it both enjoyable and demanding.

You'll find it near Thomastown set in a 1,500-acre country estate which also includes a stud farm. The Nore and the Kings River run through the property, 35 miles north of Waterford and offering fine salmon and trout fishing, too.

Water comes into play on nine holes with the long par-4 second particularly memorable and demanding a drive over water. There are also a couple of testing par-5s where solid, straight driving will be rewarded. The 11th is a great par-3 over water, followed by the dogleg  12th and 13th which has its green behind a small lake.

The 17th has the water on the left trees down the right. A sloping green adds to the degree of difficulty while the tee shot at 18 needs to be long and strasight followed by an accurate approach...good luck!

If you get the chance, check out the massive putting course. Even the practice ground is worth a visit.

So to get the benefit of these great savings on green fees, how do you get there and where might you stay?

I found the most cost-effective way to reach these Irish gems is to take your own transport on  Irish Ferries' Dublin Swift or more leisurely Ulysses from Holyhead to Dublin. It involves some driving at either end but there are definite advantages carrying clubs and luggage in your own transport

Among the many fine hotels in the Waterford area Dooley's on the quayside (avoid parking your car too close to the water's edge at high tide), while  Waterford has plenty of restaurants and bars including the Munster Bar. I can also recommend a visit to Dunmore East for fishcakes at The Spinnaker Bar and restaurant.

For more information and to book the Three Club Golf Pass visit www.discoverireland.com/golf