Defending champion Bernd Wiesberger shot another low round in Denmark on Friday to lead the tournament by two-shot heading into the weekend. 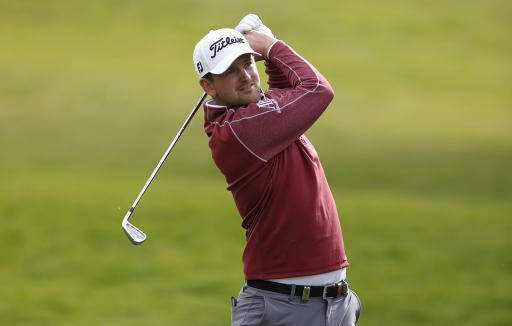 Bernd Wiesberger shot a second-round score of 6-under-par to lead the way at the Made in HimmerLand on 11-under-par.

The Austrian, who won this tournament when it was last held in 2019, shot 5-under-par on Thursday to share the lead with four other players, but it was he who was able to build on his opening score the most on day two.

Wiesberger completed his front nine with a moderate score of 1-under-par, but picked up the pace on his second nine with five birdies.

The 35-year-old has picked up seven wins on the European Tour since turning professional in 2006 and his last win came at the Italian Open in October 2019.

Wiesberger holds a two-shot lead over fellow Austrian Matthias Schwab who carded a second-round 66 to finish on 9-under-par for the tournament.

Richard Bland, who shared the lead with Wiesberger overnight, couldn't match the big Austrian's score, settling for a 2-under-par 69 in the second round at the Himmerland Golf and Spa Resort.

Bland, who won his first-ever Europen Tour title at the Betfred British Masters two weeks ago, enjoyed a steady day with three birdies and one bogey to finish on 7-under-par for the tournament, and four behind Wiesberger.

World No. 289 Alexander Bjork had a day to remember in Denmark as he carded an 8-under-par 63, which included a hole-in-one at the par-3 16th hole.

The 30-year-old made a scintillating start to his second round, playing his first nine holes in five-under-par. He added another birdie to his hole-in-one on the backside to finish on 8-under-par for the tournament and three behind the leader.

John Axelsen, who sits further back in tied 13th place, also made a hole-in-one at this par-3, making it two on the day and three for the week.

NEXT PAGE: BEST ADIDAS GOLF APPAREL AND FOOTWEAR FOR SUMMER 2021