"I think even I'd have been bored if I was JB Holmes' caddie."

Mick Doran here, caddie of European Tour pro Eddie Pepperell and Bushnell ambassador. What a great time to drop by and chat to you guys off the back of Eddie's maiden European Tour win at the Qatar Masters last week. It really was a lot of fun!

I have been fortunate to win some 35 tournaments around the world with seven different Tour professionals now, but I am extremely proud of Eddie's victory having only joined him last season. It's always nice to win with a new golfer and to see Eddie cross the line for his first win gives me a lot of satisfaction.

This really is a massive win for him, and I think it could lead to bigger and better things. He's a very laidback guy and likes a laugh, which is exactly what I want when I work with a player. I like enjoying myself on the golf course, so anyone I work with who I can have a bit of a giggle with, that suits me!

What amazed me about Eddie in Qatar last week was that he didn't show any sign of nerves at all on Sunday.

He said to me before we went out there in the final round that he was going to win it. He was confident and it showed. Oli Fisher, playing with him, put a bit of pressure on him over the closing holes, and he had a putt at 18 to take it into extra holes, but Eddie held in there and got the job done.

What I have realised since working with Eddie, is that when he gets in position to win, he plays some of his best golf in the heat of the battle. He doesn't back off. To have this trait is very good, and a lot of golfers don't have those extra gears when they need them.

The first win is the hardest, so it will be interesting to see what happens from here now. I know I'm very excited for his future. 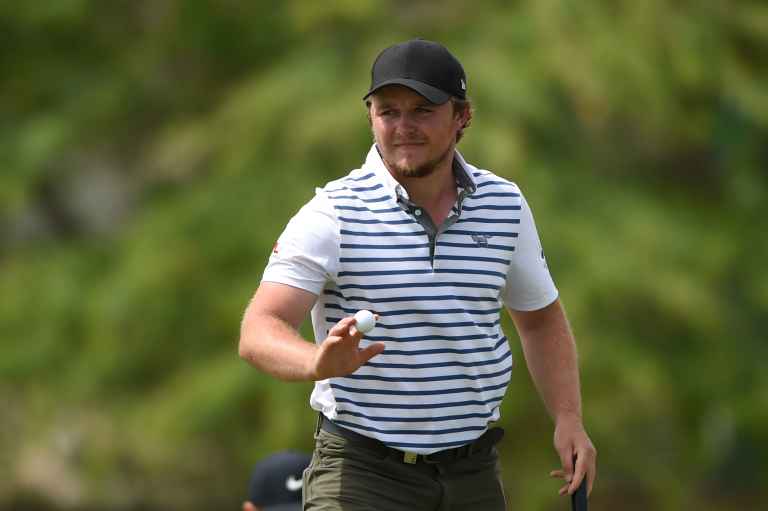 I thought Eddie played superb all week. I guess the only bit of drama we had to contend with was at the par-4 12th hole on Saturday. I don't know if you guys were watching what happened, but it was quite possibly the most incredible bogey you will ever see!

His distance control had been top notch all week to be honest, but we had a slight hiccup at 12 in the third round.

You honestly couldn't feel the wind. I was looking up at the top of the trees, and there was nothing, and the flag wasn't blowing at all. We had a perfect yardage for a 9-iron, but given we're at Doha Golf Club, I said there must be a little bit of wind up there, about half a club or something.

So we played for that, Eddie flushed it, and it was all over the pin, but it somehow came up short in the rocks!

Ridiculous #QatarMasters A post shared by European Tour (@europeantour) on Feb 24, 2018 at 3:49am PST

He had a bit of meltdown there in the rocks and it could have easily been an eight or a nine. He played his third shot up, it hit the rocks and came back to his feet. He then got in there again and did the same thing. He then somehow popped the ball up and it went in the hole for a bogey!

I said to him as we walked off the green, "what did we make there, you were down there for ages?!" We had a little giggle about that. It honestly felt like an eagle and Eddie responded with a birdie-two at the very next hole.

And then incredibly the same thing happened again at 12 on Sunday, but thankfully this time the ball bounced off the rocks and across into the rough on the right side just short of the green. Eddie chipped up to 10 feet and then casually rolled in the putt for par. How he played the 12th in just 1-over for the weekend I will never know!

It was a pretty early finish because of the conditions and we finished at like 1.30pm, but we had a few celebratory drinks. I had to be a bit careful of celebrating too hard because my flight was at 2am! I went to see Eddie at his hotel for a bit and then I went to watch my beloved Manchester United take down Chelsea in the bar with the rest of the boys, and we got drunk basically! 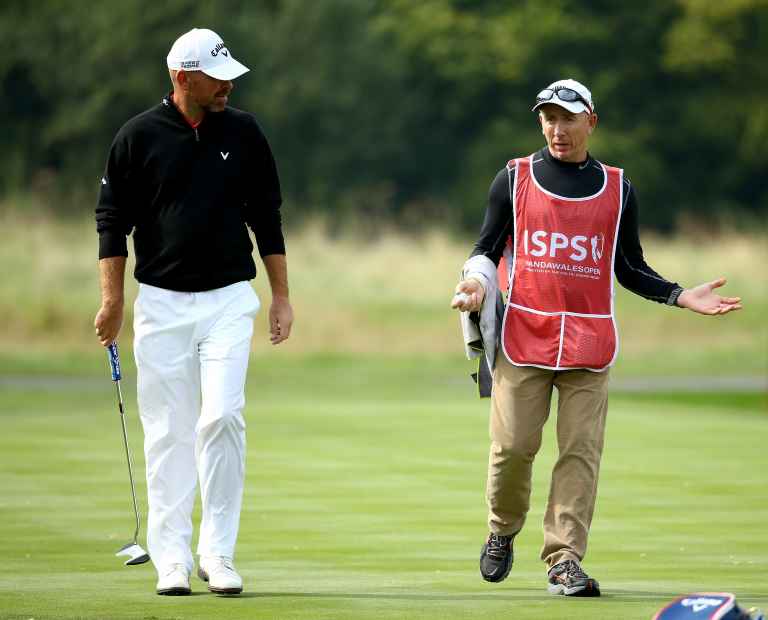 Moving forwards from Qatar, I see no reason why Eddie cannot push into the world's top 50 by the end of next year. He's currently up to 92 so I think this is very much possible.

This year's Ryder Cup is a long way off for him, but I think if he's to fall into Thomas Bjorn's European side then he is going to definitely need to win one of the bigger European Tour events like the BMW PGA or something like that.

But let's see, fingers crossed Eddie can push on and give Bjorn something to think about come the end of summer.

In terms of my personal career, I have been a caddie on Tour for the best part of 30 years now and have had the pleasure of working alongside the likes of Lee Westwood, Luke Donald, Justin Rose, Thomas Bjorn, Costantino Rocca, Francesco Molinari and David Howell to name just seven.

Of all the players I've worked with, I would have to say Westwood was the most enjoyable partnership simply because he was playing golf in his absolute prime.

Everytime Lee got on the leaderboard, he either won or finished top five - it was ridiculous and just great golf to watch. I think during our two and half years together, he won 16 tournaments and that was unbelievable.

Unfortunately though when guys start playing badly out here, you know your job is on the line, and that's exactly what happened with Lee.

He started going through a bad patch, and it was nothing to do with me but that was it. He wanted to mix things up and changing caddie was one of those areas, along with starting to hit a draw.

I also really enjoyed working with David Howell and we won the BMW PGA together in 2006. He really is a top guy.

I remember walking off the 18th tee on the final day with him and we had a three-shot lead - back when there was no water short of the green and eagles and birdies were pretty easy to come by - and he turns round to me and says: "How good is this Mick, you grew up caddying round Wentworth and now you've won it for the first time." I said "No... I won it with Rocca 10 years ago!" He was like "Ahhh you twat!"

Those wins alongside both Rocca and Howell are still to this day what I'd consider my best career achievements, simply because winning at Wentworth is so special to me, with me growing up in Surrey.

Francesco Molinari's hole in one at the DP World Tour Championship.mp4