McIlroy: "It's not the end of the world" if I lose European Tour membership. 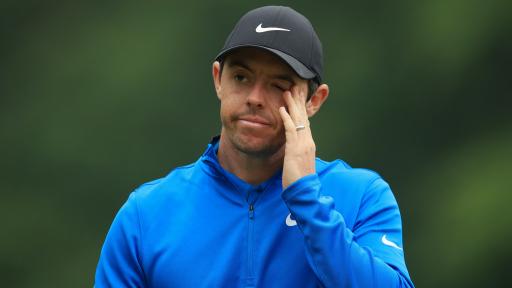 Rory McIlroy has remarkably told the media "it's not the end of the world" if he loses his European Tour membership in 2019 since it is not a Ryder Cup year.

Mcllroy, 29, could relinquish his European Tour playing rights next season should he not play at least four times on the European Tour outside of the majors and three WGC events.

Speaking to reporters ahead of the season-ending DP World Tour Championship in Dubai on Tuesday, the Ulsterman said he doesn’t plan to play a non-major, non-WGC European Tour event until July, the result of changes to both the PGA and European tour schedules.

The implications for McIlroy giving up his European Tour membership would also be disastrous in the sense he would lose the opportunity of ever one day captaining a European Ryder Cup side - due to a new European Tour rule.

McIlroy, who has decided to bypass both Abu Dhabi and Dubai tournaments at the start of the 2019 European Tour season, is only committed to play the Omega European Masters on the European Tour (outside of the majors and WGCs) in August - the week after the PGA Tour's season finale at the Tour Championship at East Lake.

“I don’t have to commit to anything until May, so I will not have played a European Tour event,” said McIlroy.

“I will play the WGCs and majors and events like that, but the true European Tour season does not start until July. The way the schedule has worked for next year, it is going to be different for a lot of guys.

Related Articles
Opinion: Is the DP World Tour a better place with LIV Golfers allowed?
McIlroy defends Reed: "It's almost a hobby to kick him when he's down!"

"Everything is going to be so condensed between March and August, and that is why I am taking a big off-season to get myself ready... then go at it hard from March all the way through to basically the end of the season."

McIlroy is still contemplating whether to compete in the BMW PGA Championship at Wentworth, now at a new date of September instead of May in the calendar.

Should McIlroy play well enough in the majors and WGCs, then he will likely have enough Race to Dubai points to qualify for the final three events in Turkey, South Africa and Dubai.

Assuming he plays twice before September and then adds the BMW PGA, McIlroy would need just one more event to keep his membership. That might be too easy to pass up, especially considering the future implications of giving up membership.

McIlroy, however, does not seem bothered about his European Tour membership either way, simply because the Ryder Cup isn't until 2020 at Whistling Straits.

“If it were to be that I don’t fulfill my membership next year, it’s not a Ryder Cup year so it’s not the end of the world,” said McIlroy. “I am always going to want to play the Ryder Cup and I will try and make the team the year later.”

McIlroy may want to tread carefully for his Ryder Cup future, however, as a new European Tour's rule prohibits a player from being a European Ryder Cup captain or assistant captain if they decline membership or fail to meet the minimum start requirements in any season.

The four-time major champion has decided to spend the majority of his 2019 schedule on the PGA Tour, and will tee off his campaign in Hawaii at the Tournament of Champions in early January.

“I guess my thing is that I want to play against the strongest fields week in and week out, and for the most part of the season that is in America,” he said.

“If I want to continue to contend in the majors and to continue my journey back towards the top of the game, then that’s what I want to do.”

Despite registering six top-ten finishes on the European Tour this season, McIlroy cannot win the Race to Dubai even if he wins the DP World Tour Championship this week.

"I don't want to continue to dwell on the negatives. There's been a lot of positives in there. I've played very consistently. I've had ten top-tens. I finished second and had a great chance to win The Open."