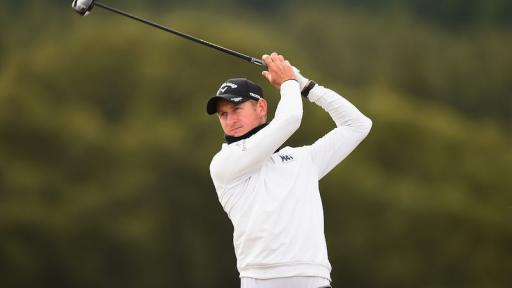 Another week, another costly DQ for an English Tour pro.

Just a week after Gian-Marco Petrozzi fell foul of Rule 13-2 at European Tour Q-School Stage 2 last week, England's Tom Murray was sent packing from the Q-School Final at Lumine on day two of the six-round tournament for signing an incorrect scorecard.

The 28-year-old was well on his way to locking up a European Tour for 2019 with rounds of 66 and 70 to lie 7-under par, but his scorecard gaffe that contained two errors proved costly.

Murray’s second-round 70 was recorded accurately, scores on two of his holes were incorrectly marked: one too high, the other too low. He posted his thoughts on Twitter:

So we’re leaving Q School having been DQd. Signed for 70 which was correct but two holes were incorrect, one higher one lower. My fault completely but still just as horrible. Rough end to the season but we will be back stronger @ETQSchool

It marked a consecutive bad break for Murray, who was narrowly denied a European Tour card when being clipped by Pedro Figueiredo by the small sum of €604 in the Road to Ras Al Khaimah standings.