Rory McIlroy was eight shots off the lead on Thursday at the Irish Open but he surged up the leaderboard on day two. 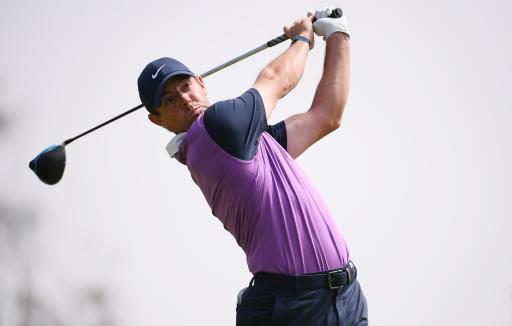 Rory McIlroy's week at the Irish Open caught fire on Friday after the 2016 tournament winner fired a round of 5-under-par to surge up the leaderboard.

After shooting a disappointing 72 on Thursday at Mount Juliet, the Northern Irishman made a much-needed improvement in his second round with a bogey-free 67.

The World No. 10 made a fantastic start on Friday, beginning his day on the 10th hole, by playing his first nine in 4-under-par. He added another birdie at the 1st hole to complete his score.

When McIlroy finished his round, he was five shots behind the new leader and Englishman Dale Whitnell, who also shot a 67 to move to 10-under-par for the tournament.

The four-time major winner has been known to start slowly in his appearances on both the PGA and European Tours. When he won his third Wells Fargo Championship title in May, he shot a 72 in his first round but followed it up with three consecutive rounds in the 60s.

In contrast, McIlroy's playing partner Tommy Fleetwood shot level-par in his second round in Kilkenny, following his own round of 5-under-par on Thursday.

The Englishman began well with birdies on the 14th and 17th holes, but he made a damaging double-bogey at the par-4 18th hole.

Another bogey at the 8th hole, which was his penultimate hole, meant that the World No. 33 couldn't add to his solid first-round score.

Defending champion John Catlin stands in good stead to defend the Irish Open title that he won at Galgorm Title last year, as the American sits on 7-under-par after two rounds and just three shots off the lead.