Golf fans are absolutely loving the latest video produced by the European Tour, featuring a few of its biggest stars who need to work on their on-course anger management. 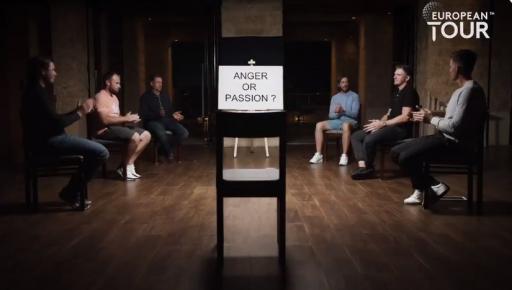 Golf fans have applauded the European Tour for its latest video that went viral on social media on Friday, where some of the tour's biggest stars - including Tommy Fleetwood and Tyrrell Hatton - sit down for an anger management session.

We've seen a fair few tantrums on the European Tour over the past few years and there are a few regular culprits who tend to make the headlines when it comes to losing their heads.

WATCH THE BRILLIANT VIDEO FROM THE EUROPEAN TOUR BELOW:

It's no surprise to see Hatton involved in the video, given his history of club throws and angry one-liners. In the video, Hatton is told to revert to a thumbs up if he's feeling angry on the course, something he put into practice during the opening round of the Abu Dhabi Championship on Thursday.

The video received a fantastic response from golf fans, who enjoyed another engaging video from the European Tour.

"I think this is the main reason the PGA tour signed the agreement with the European tour. Can't compete with this content," said another golf fan.

NEXT PAGE: European Tour video of Rory McIlroy on the driving range has golf fans in awe