Edoardo Molinari and Lorenzo Gagli have been cleared to play at the Oman Open after the Italian duo were quarantined to be tested for the coronavirus. 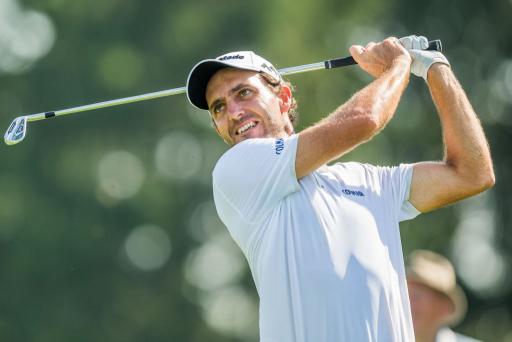 Former Ryder Cup star Edoardo Molinari has released a statement after what he described as a "scary and annoying" situation. Molinari and another Italian golfer, Lorenzo Gagli, were forced to withdraw from this week's Oman Open and placed under quarantine under order of the Oman Health Ministry, over fears that the Italian duo had the coronavirus.

Both Molinari and Gagli were in Oman preparing for this week's tournament on the European Tour, before they were told they would not be playing and were placed in isolation, even though both players had already come into contact with other players in the field.

The Italian duo were tested for the virus but were told they would have to remain in their rooms until next Wednesday, meaning they would also miss out on next week's Qatar Masters.

For everyone asking, I am absolutely fine. No symptoms at all, no fever, no cold, nothing wrong at all...just very bored and annoyed. Hopefully this nightmare will be over soon!

Both players have now been given the all clear and are currently playing in the Oman Open at Al Mouj Golf Club and Molinari released a statement on Twitter regarding the matter.

"Still shocked by what happened in the last 36 hours. I am absolutely fine and so is my good friend Lorenzo. It was a scary and annoying situation because it was not somethign that was in our hands and there were no certainties at all.

"The European Tour, the Oman Ministry of Health, the Oman Golf Federation and all their staff did an unbelievable job and they tried everything they could to help us in this awful situation... THANK YOU ALL!

"Thank God everything is fine, we are healthy and we are back to playing golf, which even this morning seemed impossible!

"I will not release any other comments on the issue and I am sure you will all respect my privacy. Thanks to everyone who reached out to me, I truly appreciate that."

Both Molinari and Gagli have started the tournament under par and will be back in action for round two on Friday.