The new golf course at Navarino Hills will constitute a landmark moment for this innovative partnership between the International Olympic Academy, the Hellenic Olympic Committee and Costa Navarino. 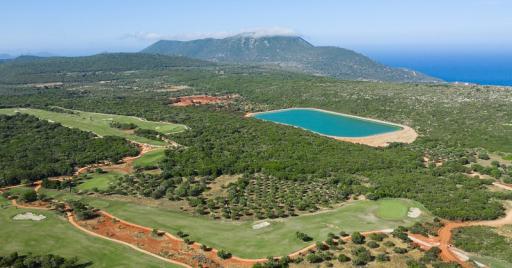 The name of the new course, which is located at Costa Navarino's Navarino Hills, symbolises the links between golf and Olympism as it is the nearest golf development to Ancient Olympia, the birthplace of the Olympic Games.

The announcement comes at a time when golf’s popularity continues to soar and is expected to be one of the main attractions in Tokyo this summer, following its spectacular return to the Olympics at Rio in 2016.

The new partnership between the IOA and Costa Navarino, with the significant contribution of the HOC, is guided by the principles and values of Olympism and aims to promote Olympic Education through a variety of activities.

The course is one of two 18-hole signature courses at Navarino Hills, which have been designed by two-time Masters champion José María Olazábal and will fully open in spring 2022.

"It is a great honour to have designed the first International Olympic Academy Golf Course at Navarino Hills," said Olazabal.

"The development of the game is very close to my heart and I am proud that future generations of golfers will have the opportunity to be educated in the Olympic values at this wonderful new facility."

Named as the 'World's Best New Golf Development' at the 2020 World Golf Awards, Navarino Hills is one of Europe's most eagerly awaited golf developments.

The International Olympic Academy Golf Course will measure 6,366m in length and will open exclusively for the fifth Messinia Pro-Am which will take place from the 24th to the 27th of November.

NEXT PAGE: BRYSON DECHAMBEAU AND JORDAN SPIETH PAIRED TOGETHER AT THE OPEN CHAMPIONSHIP