Check out these five amazing golf club deals to snap up during the coronavirus lockdown. 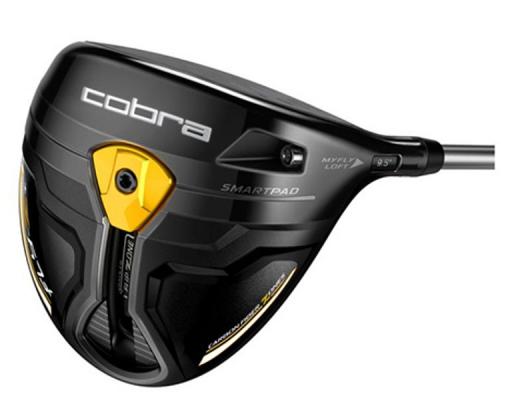 You might not be able to play any golf during the coronavirus lockdown, but that doesn't mean you can't take advantage of some of the amazing golf club deals currently on offer.

So check out below five awesome golf clubs you can buy for less than £100 on eBay whilst you're stuck at home.

A crowd favourite from TaylorMade's past!

An absolute beast of an option to take off the tee!

- The Crossover - to combine the precision, workability and control of an iron with the speed and forgiveness of a hybrid.
- It's not a driving iron; the Crossover is far more forgiving, higher launching and more versatile.
- An innovative cascading internal sole engages the entire face, sole and top rail in flexing to maximize distance.

One of the best drivers Cobra has ever launched!

- The Fly-Z driver is engineered to deliver the ultimate blend of maximum distance and increades forgiveness.
- The low, back CG Zone Weighting delivers low spin, mid-high launch and fast ball speeds across the face.
- The E9 Zone Face structure and Crown Zone Weighting combine to create a large amount of discretionary weight in an all titanium driver.

One of the best hybrid's GolfMagic has ever tested.

- The Callaway Rogue hybrid is one of the most powerful the company has ever produced.
- Features Jailbreak Technology, with two steel bars stiffening the body, placing more impact load on the face to promote increased ball speed and distance.
- An ultra-thin, Carpenter 455 steel face along with Face Cup technology help golfers achieve fast ball speed and long distance on both center-face hits and off-center hits.
- Callaway's Internal Standing Wave technology positions the CG low and forward to promote a distance-enhancing combination of high-launch and low-spin.

NEXT PAGE: Here's who would have won The Masters this week...