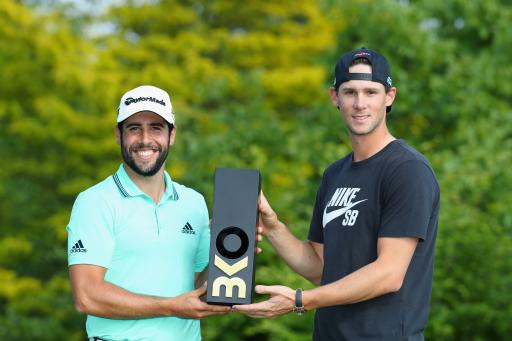 Adrian Otaegui secured the second European Tour title of his career with victory at the Belgian Knockout in sun-drenched Antwerp, relying on a full bag of TaylorMade Golf equipment and adidas Golf apparel and footwear.

With form in the book and two wins in the space of nine months following victory at the Paul Lawrie Match Play last year, Otaegui is very much looking at the possibility of a debut Ryder Cup appearance this September.

"I've started pretty well for the moment. I'm just looking forward to focus on the Rolex Series next, some big events coming up and I just want to focus on that and there's still a lot of season ahead," said Otaegui, who is still shy of the automatic places in the side at 20th in the World Points List and 23rd in the European Points List.

"The season is still very long but I'm looking for Ryder Cup."

Otaegui, 25, now moves up to 14th in the Race to Dubai standings heading into this week's flagship tournament of the European Tour season at the BMW PGA Championship.

Impressively, Otaegui has now finished inside the top 20 in each of his last six European Tour appearances.

ADRIAN OTAEGUI - IN THE BAG