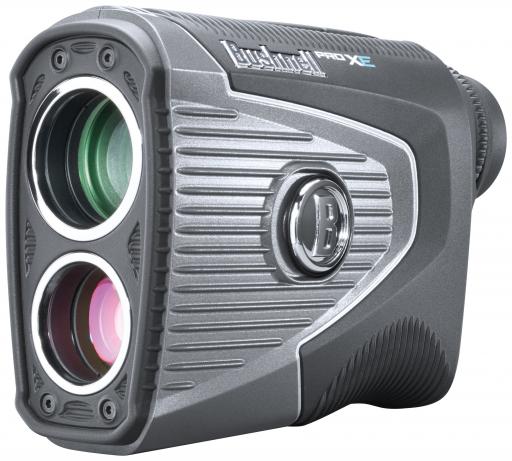 Bushnell Golf has been the preferred distance-measuring device on the PGA Tour for the last 15 years. The Darrell Survey Company, the golf industry’s leading independent and impartial arbiter of equipment use, reported that almost 100% of the 2021 Players Championship field used a Bushnell laser rangefinder to obtain accurate yardages.

The Pro XE has revolutionized golf laser rangefinders with the latest technology including Slope with Elements that accounts for incline/decline, barometric pressure and temperature to provide golfers and caddies the most precise compensated distances needed to execute precise shots and capture victories. The recent PGA of America decision to allow laser rangefinders in their upcoming majors will ensure players and caddies have the most accurate yardages.

“At Bushnell we strive to be the best, providing cutting edge technology and the most accurate distance measuring devices on tour. The Darrell Survey confirms Bushnell laser rangefinders are the most trusted brand on the PGA Tour,” said Andrew Grose Managing Director, YUMAX Golf.

“We are excited about the PGA of America’s decision because it will further show the benefits of using a laser rangefinder and will heighten awareness with players at the highest levels using our product during competitive tournament rounds.”

Bushnell introduced the Pro XE as the most advanced rangefinder, which is designed to cater to the avid golfer.  In addition, Bushnell has a stable of DMD’s that will provide the most accurate yardage readings for all golfers.

The Pro XE features include:

- Slope-Switch Technology lets the golfer easily toggle in and out of Bushnell’s patented Slope function. This allows the golfer to conveniently utilize Slope to get compensated distances around the course when they need it and have a USGA-conforming device that is legal for tournament play when they need it.