Costco are set to release the Kirkland Signature wedges after they were spotted on the USGA conforming list. 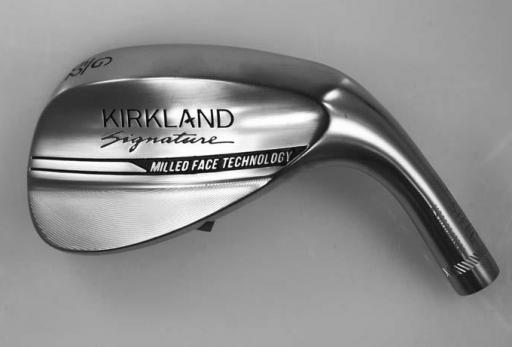 It has been rumoured for over a year that Costco would be introducing a set of wedges to their stores and it seems as though it won't be long until the Kirkland Signature wedges are flying off the shelves, given that they have been spotted on the USGA conforming list.

Earlier this year, Costco released the KS1 putter which sold out within days around the United States and golf fans around the world were eager to know if the rumours about the new wedge were true.

By searching for Kirkland on the USGA conforming website, three wedges - a 52, 56 and 60 degree - appear to have been submitted and approved under the USGA/R&A groove conformity rule.

No further information has been released about when these wedges will be hitting Costco stores, but due to the fact that the clubs have been approved and the image found on the USGA conforming website shows a fully finished cosmetic sample, you have to imagine that it won't be too long until we see these on the shelves of Costco warehouses across the States.

It seems as though, going by the club description, the Kirkland Signature wedges will be made of carbon steel and will feature a milled face, something that the top brands have been doing over the past few years, to maximise spin control.

What will be interesting to find out is how much these wedges will sell for, given that the Kirkland Signature golf ball is widely thought as the best value for money ball on the market and extremely popular amongst amateur golfers.

NEXT PAGE: The BEST drivers to buy on a budget!