Dustin Johnson: in the bag 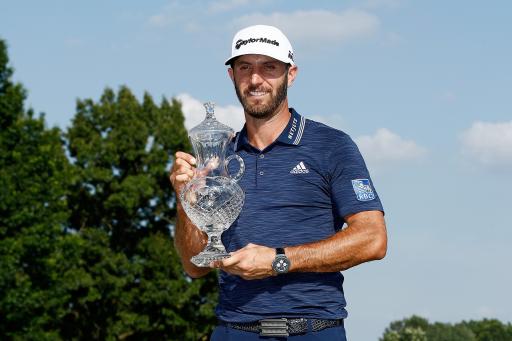 Dustin Johnson is back in the world number one spot faster than he can say...anything, usurping Justin Thomas with a win at the St Jude Classic.

DJ played the 10.5° M4 driver this week. Per his usual, he has it equipped with a Fujikura Speeder Evolution 661 X Tour Spec 2.0 shaft. For the tournament, Dustin averaged 320.3 yards off the tee which led the field in driving distance.

Earlier this season, Johnson made the switch into the P730 DJ Proto Irons. As he has for most of his recent career, DJ has them equipped with True Temper's Dynamic Gold X100 shafts.

Johnson has praised the performance of the TP5 golf ball since he first put it into play at the Tournament of Champions last year. It's the eighth win on the PGA TOUR this season for TP5(x), with DJ adding his second win along with Day, Johnson, Rahm, Rose and McIlroy.

DJ has found much success on the greens with the Spider Tour putter, using it to escalate to #1 in the OWGR. After experimenting with the recently-released Spider Mini, Johnson returned to his Spider Tour black.

Golf Betting Tips: BEST BETS for PGA Championship Day Two
The BEST Nike Golf shirts as seen at the PGA Championship
dustin
Johnson
in the bag
2018
Previous
Dustin Johnson holes out for eagle at 18, trounces field at FedEx St Jude
Next
Fowler gets engaged on the beach