FAVOURITE FIVE: Golf balls to get you through your winter rounds

Hitting the golf course over the next few weeks? Fill your bag with some of our favourite golf balls on the market. 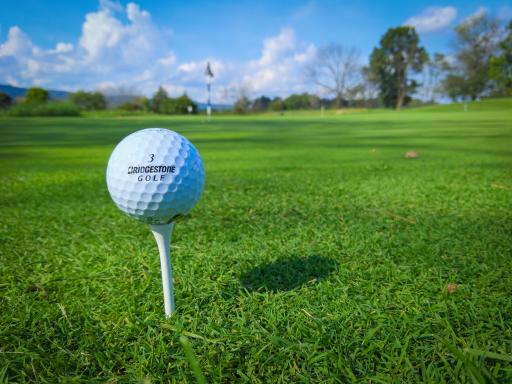 If you're a fair weather golfer then you might not be shopping for more golf balls any time soon, but for those of you braving the cold this winter, there as some fantastic golf balls on the market, some of which are on sale too, so snap up some bargains!

We've listed below a few of our favourite golf balls currently being sold on Scottsdale Golf, one of the leading golf retailers in the UK.

So if you're planning on wrapping up warm and hitting the course, add some fresh golf balls to your bag and shoot some low scores in low temperatures!

Now in its sixth generation, the Srixon Z-STAR XV is a premium four-piece golf ball that provides maximum distance and gives skilled players complete tour performance from tee to green.

FastLayer Core: The new FastLayer Core is soft in the center and gradually becomes firm around its edge, providing high-speed players exceptional feel and tremendous ball speed for maximum distance.

MORE SPEED: Packed with new technologies, the latest TP5 ball is even faster with a greater rebound effect and optimized spin rates. There’s no ball faster, no ball longer, and no ball better than the most complete Tour ball.

NEW SPEED-LAYER SYSTEM: The new Speed-Layer System is comprised of four increasingly stiff layers to produce more ball speed. The result is more carry distance off the tee, more control in the wind, and more spin around the greens.

A faster tour ball with an incredible performance in the wind – due to Mizuno’s drag-reducing C-Dimple. Soft and responsive around the greens – with a 4 piece construction and a high traction urethane cover. Mid/low driver spin for flat to upward attack angles.

17% Thinner Cover: A More Efficient Design. The proprietary cast thermoset urethane elastomer cover system provides the best scoring control. While great for generating high spin on approach shots and short game shots, the cover does not contribute speed. By reducing the cover thickness, we have added speed while retaining the spin and control.

Consistent flight and performance in the Tour B balls are a result of the proprietary Seamless Cover Technology. Designed and played by Tiger Woods, the choice of a true champion.

REACTIV Cover: REACTIV is a smart Urethane that acts as an 'impact modifier' to deliver a shock absorbing cover on slow impact shots for more spin and control (wedge) - and high resilience on high impact shots for more power and distance (drive). The cover reacts differently depending on the force of the impact.

Dual Dimple Design: Extra distance and enhanced aerodynamics are a result of the Dual Dimple technology. The added distance comes from a more efficient ball trajectory thanks to less drag when the ball is in flight.

Seamless Cover: Consistent flight and performance are a result of the proprietary Seamless Cover Technology. The perfect performance and aerodynamic balance comes from a manufacturing processes that creates a perfectly balanced dimple pattern.