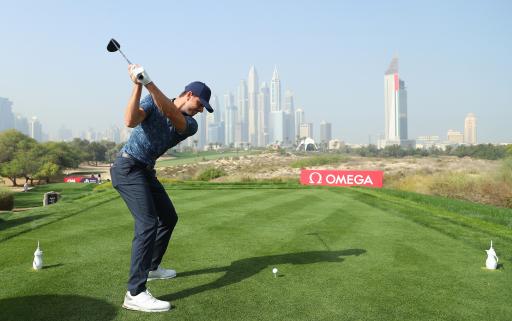 An expanded Team Galvin Green line up representing the leading apparel brand during the 2021 season features 17 men and women drawn from seven different countries playing across the main PGA and European Tours, as well as promising golfers on the feeder Tours.

Englishmen Laurie Canter and Chris Paisley are joined once again on the European Tour by Sweden’s Alexander Björk, plus new signing Kurt Kitayama from America. Kitayama has already won twice on the European Tour, capturing the Mauritius Open and Oman Open in 2019 when he rose to 66 in the world rankings. After a strong finish to last season, Canter is looking to add a Tour title to his name alongside Paisley (2018 BMW SA Open) and Björk (2018 Volvo China Open).

American’s Lanto Griffin and Troy Merritt are prominent performers on the PGA Tour and will appear in Galvin Green outfits along with Scotsman Martin Laird and Brad Drewitt from Australia. Griffin and Merritt have three titles between them, while Laird has already won during the current season at the Shriners Hospitals for Children Open in Las Vegas last October. Another American sponsored by the brand is Theo Humphrey, who will be playing on the PGA Korn Ferry Tour this year.

Representing Galvin Green on both the Ladies PGA and European Tours is Germany’s Solheim Cup star Caroline Masson, while Amy Boulden from Wales will be keen to follow up her maiden victory at the Swiss Ladies Open last September on the LET. A Team Galvin Green newcomer is Esther Henseleit from Germany, who won the Magical Kenya Open in 2019 and became only the third LET player to capture the Order of Merit and Rookie of the Year titles in the same season.

Wearing Galvin Green clothing on the European PGA Challenge and EuroPro Tours will be Spain’s Lucas Vacarisas, who on the Alps de Andelucia event in September, as well as England’s Mike Bullen, James Adams, Bailey Gill and George Baylis.

“Galvin Green is proud to have so many experienced Tour players and relative newcomers to the elite levels of golf representing the brand this season,” said CEO Nicholai Stein. “To help them perform at their best, we’re providing highly breathable garments featuring the most advanced and sustainable fabric technology on the market in colours and designs that will standout for all the right reasons during the season,” he added.

For details of the latest clothing collections from the leading apparel brand, visit: www.galvingreen.com