Stenson lines up as Houston Open favourite this week, but without his trusty old friend. 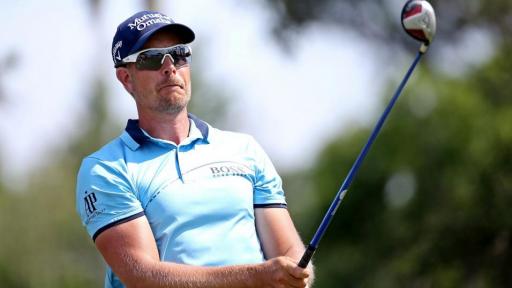 Henrik Stenson has been forced to part ways with his trusty old Callaway Diablo Octane 3-wood ahead of this week's Houston Open, according to the PGA Tour website.

Stenson, 43, had been rocketing the 13-degree fairway wood down the middle of just about every par-4 or par-5 he played since Callaway first brought the club to market in 2011.

The six-time PGA Tour winner will also be removing his Graffaloy Blue shaft that first came out in 2003.

Stenson was forced into a backup version of the club a couple of years ago due to general wear and tear of the face, but despite all the latest models that Callaway was launching at the time, he remained faithful to the club and continued on his merry way as it was a product he felt comfortable with.

But sadly for Stenson, enough was enough during the recent BMW PGA Championship as he noticed the face had well and truly caved in, and now was the time for change.

"It's always sad when one of the trusties has to retire," Stenson told the PGA Tour.

"I knew long before I gave up on it that the new technology was better and more efficient.

"When the other one broke in 2017, in February, I was out at a tournament in Dubai and I had to put [a new fairway wood] in; that thing that I put in for that week was much hotter."

Stenson might be starting a warm 9/1 tournament favourite in Houston this week, but he admits he has a problem.

In many ways, using a new 3-wood is a bit like starting fresh, especially if you find yourself in contention on Sunday.

The 2013 FedEx Cup champion has been enjoying an impressive recent run of performances with seven consecutive top-30 finishes around the world, including four top-10s.