Matt Kuchar: What's in the bag?

We take a look inside Kuchar's bag, fresh off his Sony Open victory. 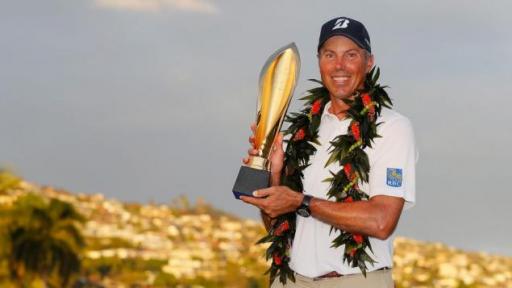 Matt Kuchar claimed his second PGA Tour victory of the season as he shot a 66-final round at Waialae, beating Andrew Putnam by four shots to win the Sony Open in Hawaii.

Kuchar's four-year winless streak ended back in November when the American won the Mayakoba Classic and 'Kooch' wasted little time in his hunt for another PGA Tour victory.

After 54 holes Kuchar led by two, combining three excellent rounds of 63, 63 and 66. Sunday started a little shakier than Kuchar would have planned, bogeying three of his first five holes and handing the lead to Andrew Putnam.

The two were neck and neck until Putnam made a mistake at 14 and Kuchar capitalised with birdies on the 15th and 16th, finishing the tournament four shots clear of Putnam at 22-under par.