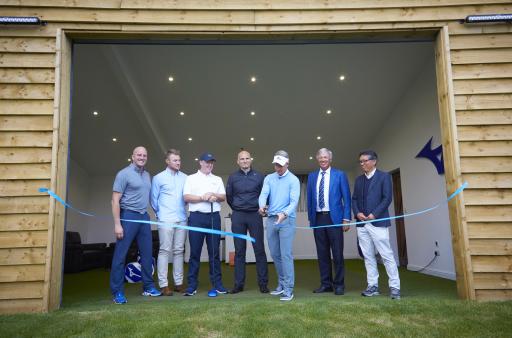 Mizuno has unveiled its new Tour Performance Studio at Bearwood Lakes in Berkshire to cater for the specific fitting needs of its professional golfers and elite amateur players.

Staffer and former world number one Luke Donald was on hand to see the new facility for himself and hit the first shot as the new studio was officially opened.

Joined by fellow Mizuno staff players Oliver Fisher and Marcus Fraser, Donald was first to check over the facility, with Bearwood Lakes members watching on as he cut the ribbon and hit the inaugural shot with a soft wedge due to a recent back injury.

It was then left to Fraser to fully christen the studio with an impressive drive that used up most of the recently extended range.

“We’ve experienced such a surge in usage from professionals in the last 18 months, that a permanent fitting home has become an absolute priority.

“Our mobile workshop has a different role at tournaments - regripping, checking lofts and lies and so on - but a lot of the real work happens in the off-season when we can’t get the workshop to all of our players. It’s a much better time to work right through the bag from driver to lob wedge - and getting distance gaps nailed down can be a day’s work.

To have this amazing facility available is an incredible opportunity for both the players and us.”

In addition to the Mizuno Swing DNA fitting equipment found in all the brand’s Performance Centres, the new Tour Performance Studio will also benefit from the latest Trackman Fitting suite in the quest to pinpoint exactly the right club specifications for the best players in the world.