Na sports 'goat' visor he bought at Players for discount

Kevin Na is out of his hat contract at Titleist, and he's making some great choices. 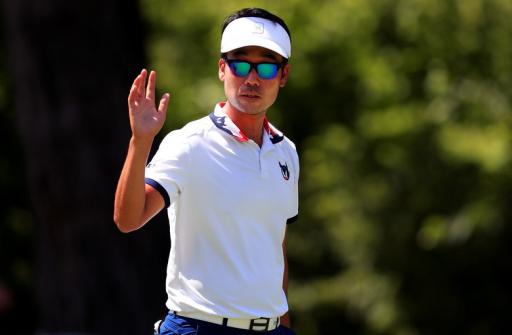 Kevin Na has joined the ranks of players shunning a hat deal as he sported an unbranded visor at the Fort Worth Invitational, which has a goat as the emblem.

His relationship with Titleist recently came to an end regarding hats, allowing him to sport a product of his choice in Texas.

Jason Dufner set the trend on the PGA Tour, as he goes from event to event setting social media on fire with this brilliant selection of hats.

Na – who leads the event after the opening round on -8 – explained how he landed on the new visor.

"I bought it at The Players Championship for $22 with the 30 percent discount that they give the Tour players," Na told reporters. "It's very nice."

Most know GOAT stands for Greatest of All Time, but Na only learned of this recently.