NO WAY! Has this golfer just got the BEST DEAL in history?!

Golfer reveals the UNBELIEVABLE price he paid for a Scotty Cameron putter - but nobody can quite believe it! 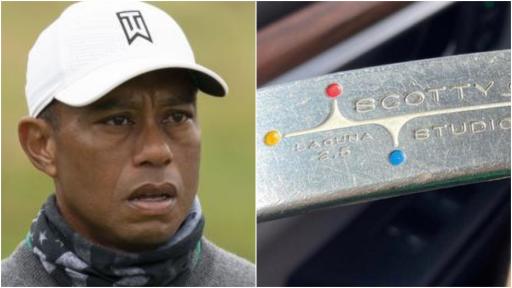 A golfer has become the envy of all equipment tinkerers around the world this week after he picked up a premium Titleist Scotty Cameron at a thrift store for just $1.09. Yes, one dollar and nine cents.

I mean given you cannot purchase a new Scotty Cameron putter for less than about $400 these days, you could say this has to be the greatest equipment transaction in the history of golf.

The putter in question is a Laguna 2.5 stainless steel model, which is currently up for grabs on eBay in excess of $500.

Therefore many golfers just aren't having it... at least judging by the responses to Zire Golf's Instagram post this week.

"Have a word mate, no way did you pay a buck for that," said one golfer in sheer disbelief on social media.

"Yeah, pull the other one," said another.

"Receipt or it didn't happen," commented one bemused golfer.

To put this deal further into perspective, a fractional sport investing platform last month revealed it was hoping to sell an original Tiger Woods Scotty Cameron putter for $1 million.

Collectable currently has the Newport TeI3 Teryllium putter available that links back to the Anser-style of Scotty Cameron.

Woods, now a 15-time major champion, used this club at the 1997 Masters when he won his maiden major by 12 shots.

Recent Woods putters that have sold at auction date back to the Newport 2 GSS putter, which he used to win his other 14 major titles.

The 45-year-old confirmed in 2016 that the Newport TeI3 Teryllium is one of the two putters that he holds in the highest regard in his putting studio.

According to Collectable, not only did Woods use the Newport TeI3 Teryllium to win The Masters, but he also used the famous wand to win the BellSouth Classic in 1998, marking his seventh PGA Tour win.

Scotty Cameron
putters
PGA tour
Tiger Woods
The Masters
Previous
Xander Schauffele drives an OLD CAR as it reminds him how it could all be gone
Next
Portugal Masters: Hojgaard twins start well as Italy's Nino Bertasio goes deep