'The Wizard' holds off a strong field in California, with DJ, Day and Mickelson coming in runner-up. 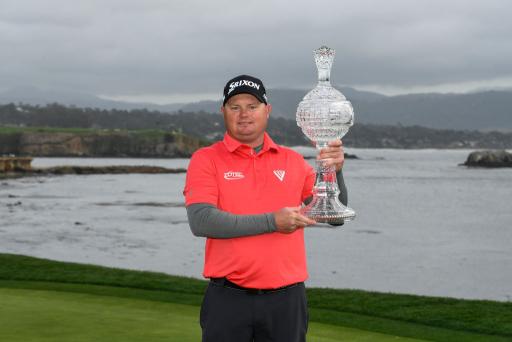 Journeyman Ted Potter Junior won the AT&T Pebble Beach Pro-Am by three strokes, taking down some of the stars of the sport in California.

The 34-year-old, who played on the second-tier Web.com Tour last season, shot a final round 69 to finish ahead of world number one Dustin Johnson, Phil Mickelson, Chez Reavie and Jason Day who all finished in the runner-up spot.

This was his second win on the PGA Tour, having won the Greenbrier Classic in 2012.

He also has a host of victories on the lower Tours, which he believes helped him grind out the win at Pebble.

“Definitely it helps to draw back from past experience coming down the stretch,” Potter said. “It doesn’t matter what kind of tournament really it is. I think I know how to control myself and the nerves.”

The left-hander showed signs of nerves on the opening hole when three-putting from 20-feet, but recovered with birdies on the second, fourth, sixth and seventh holes, where he chipped in.

Potter Junior, known as the Wizard for obvious reasons, earned just over £150,000 last season, which was hampered by injury, but took home a $1m pay-out for the victory yesterday.