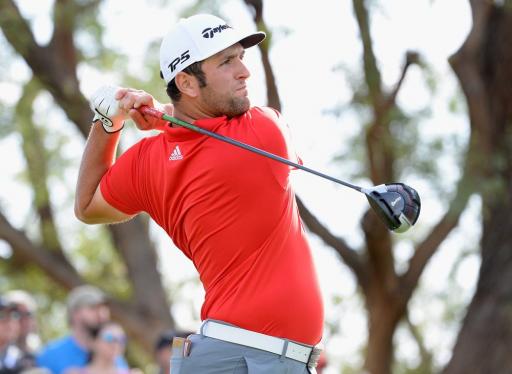 Spaniard Jon Rahm claimed the CareerBuilder Challenge in California after coming through a play-off against Andrew Landry.

The 23-year-old birdied the fourth extra hole in fading light at La Quinta to clinch his second PGA Tour event and his fourth win worldwide.

"Tournaments like this build character," Rahm said. "I'm just proud of myself to hit what's probably my least favorite club, which is the 3-wood, three times in a row dead center on my line on 18 — four times if you include the regular play. To be honest, really happy the way it happened the way it did and really proud of the way I played. I hit a lot of bad putts today, hit a lot of edges, but lucky the one I needed to make went in."

The win elevates Rahm to world number two, behind leader Dustin Johnson, despite turning pro fewer than 20 months ago.

"It's hard to believe, to be honest, passing Jordan Spieth, three-time major champion," Rahm said. "I only have two wins and he's got 10-plus, right? I never thought I was going to be at this point in my life right now."

Rahm added a new M4 driver (9.5°) set to standard after testing with TaylorMade's Tour staff. For the week, Rahm averaged 310 yards off the tee and found 71.43% of fairways.

In addition to his P750 irons, Rahm added a P790 3-iron to the bag in place of his 5 wood, a change he made just this week for the tournament. He joins Dustin Johnson, Justin Rose and Rory McIlroy as players who have added at least one P790 iron to their bags.