Rory McIlroy: the reason why he has #22 on his TaylorMade golf balls

Did you know the reason why McIlroy has No.22 etched on his golf ball? 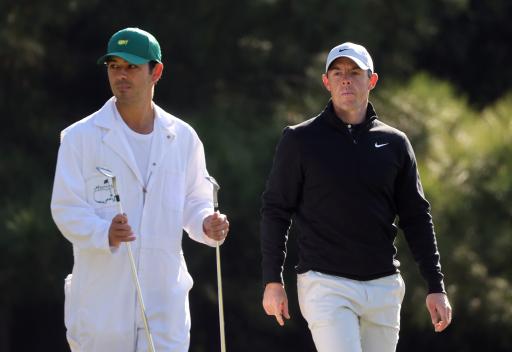 Most of us golfers typically resort to using a standard 1,2,3 or 4 when it comes to playing a golf ball, but when you've made it big on the PGA Tour you can essentially get any number stamped on your ball.

For Rory McIlroy, it's #22, and the reason likely keeps him in the good books with his wife, Erica. Yet there is also deeper meaning behind the number for the Northern Irishman, too.

So here's part one of the reason.

Rory and Erica got married on April 22, 2017 at Ashford Castle in County Mayo, Ireland.

The couple first met when Erica was a PGA employee, and she came to McIlroy's aid when he slept in before the Ryder Cup in 2012. McIlroy was currently dating Caroline Wozniacki at the time, but the pair eventually met again when he split with the tennis ace.

Now for the next reason, which McIlroy explains below.

"We looked up the meaning of numbers and the No.22 means powerful and high risk, high reward, and that's sort of everything I am on the golf course, so I thought that was appropriate," said McIlroy.

The four-time major champion will certainly be hoping for 'high reward' at Augusta National this week as McIlroy goes in search of a place in the record books by completing golf's career Grand Slam, something only Gene Sarazen, Ben Hogan, Gary Player, Jack Nicklaus and Tiger Woods have achieved in the modern era.

NEXT PAGE: RORY MCILROY MUST LOOK TO THE FUTURE, SAYS NEW COACH COWEN