Pete Cowen provided an update on Rory McIlroy's progress as well as Brooks Koepka's health ahead of The Masters. 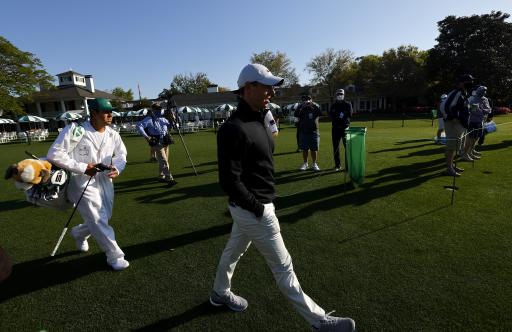 Pete Cowen believes Rory McIlroy must forget his past struggles and look to the future, as the former World No.1 and renowned golf coach team up to try and get the Northern Irishman back to his best.

McIlroy turned to Cowen in recent weeks, who works with some of the best players in the world and his teachings have led to multiple major championships.

Cowen warned that it would not be a quick-fix for McIlroy and his return to form would take a lot of time, after he admitted he damaged his swing by chasing more speed and distance following the recent success of Bryson DeChambeau.

This week, McIlroy returns to Augusta National in search for the only major he is yet to claim, The Masters.

McIlroy typically arrives at Augusta in stellar form and goes into the event as the one of the favourites, but in recent weeks McIlroy has been miles from his best, missing the cut during his title defence at The Players Championship, before he was knocked out of the WGC-Dell Technologies Match Play during the group stage, where he took a beating from his Ryder Cup teammate Ian Poulter.

Cowen recently appeared on on On The Range show on Sky Sports The Masters where he discussed his new relationship with McIlroy and the experienced golf coach explained that it's important for McIlroy not to dwell on the past.

"We were on the range this morning and just went through the basic principles of what we actually need to achieve," said Cowen. "Just go back to the simple process of making sure that we improve.

"Practice to improve and stop looking back at what we used to be like. As I always say, there's no future in the past. So you've got to look forward."

Brooks Koepka is another player who works closely with Cowen and it looked as though the four-time major champion was going to be forced out of The Masters following a recent surgery to his knee, but Koepka has committed to the event which he has come close to winning in the past.

Asked whether his body is ready for the first major of the year, Cowen insisted that Koepka looks in good shape, although four days of walking Augusta National could take its toll.

"Walking the course is going to be the main thing, nothing else," Cowen said. "Hitting balls is no problem. He's in great shape.

"I don't think anybody can help but be surprised knowing he was on crutches 19 days ago. To be here and hitting it as well as he's hitting it, he's in great shape. The only problem is going to be the walking. It's a tough course to walk."