Report claims Tommy Fleetwood could be about to sign for TaylorMade and Jon Rahm may be switching to Callaway and TravisMathew... 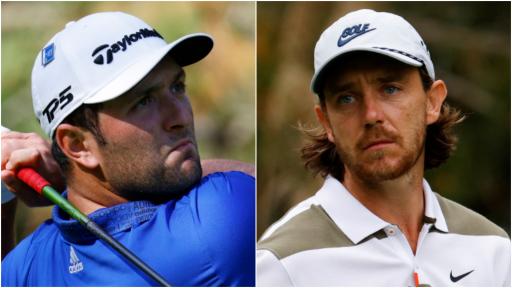 It's that wonderful time of the golf season where the sport takes a leaf out of the football transfer window - and rumours are already circulating of two big-name moves in the market.

According to golficity, there is strong rumour that Jon Rahm is moving from TaylorMade to Callaway. The report also claims the World No.2 is set to switch from adidas Golf to TravisMathew - Callaway's partner apparel company.

"Rahm was recently spotted at Silverleaf Country Club wearing TravisMathew apparel, although no immediate indications of what equipment he played with," reads the golficity report.

It is has been no secret Callaway has been looking for a new headline name in their roster for the last couple of years, and should they land Rahm it would certainly be a huge acquisition for the brand.

Rahm, 26, has enjoyed a tremendous year on the PGA Tour with victories at the Memorial Tournament and BMW Championship. He also spent a brief spell at World No.1 for the first time in his career, before being ousted by new Masters champion Dustin Johnson.

If the Spaniard does switch from TaylorMade to Callaway in 2021, he would follow in the footsteps of his compatriot Sergio Garcia, who did exactly the same two years ago. Only that partnership did not work out well and Garcia ended up departing from the brand to start 2020.

Golficity is also reporting that Fleetwood could be set to move to TaylorMade instead of remain as a free agent as he has done for a number of years now.

The Englishman has not had a golf club contract since Nike Golf departed from the hardware market to concentrate on apparel and footwear.

Fleetwood, 29, has been spotted with a number of TaylorMade clubs in his bag, especially at this week's DP World Tour Championship in Dubai which has only strengthened such rumour.

Brooks Koepka appears as though he will remain a free agent going into 2021.

We have not received any confirmed details of either of these deals, but we will bring you more should they eventually happen.