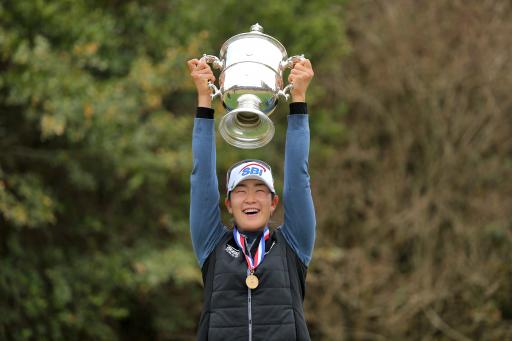 While we don't yet have access to full details of the new PING G425 driver, we can certainly say that this new club is already making a major impression across worldwide circuits.

A Lim Kim clinched her maiden major title at the US Women's Open on Monday afternoon with a PING G425 LST driver in her bag.

Her victory means that PING G425 drivers have now racked up six wins across five Tours, including two major wins - and the product has only been available for professionals a couple of months.

Incredibly, Kim becomes just the fifth woman in the history of the US Women's Open to win in her first attempt.

Lee Westwood also relied on the PING G425 LST driver to pick up his third European Tour Race to Dubai title on Sunday.

Despite finishing runner-up to Matthew Fitzpatrick at the DP World Tour Championship, Westwood's clutch up-and-down for birdie from the back greenside bunker at the 18th hole was enough for him to become the oldest winner of the Race to Dubai at the age of 47 years old.